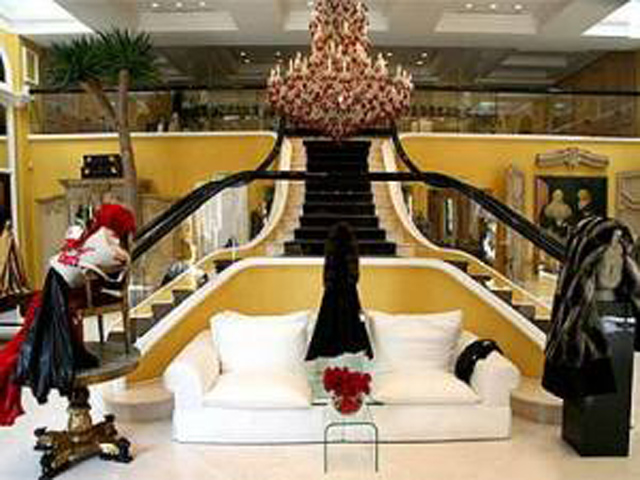 (CBS) BEVERLY HILLS, Calif. - The Beverly Hills boutique House of Bijan and its late founder Buan Pakzad are being sued by a former employee who alleges she was sexually harassed by Pakzad, CBS Los Angeles reports.

Brittany Anderson maintains she was fired for complaining about the supposed harassment, according to the station. She alleges retaliation and discrimination based on race in the lawsuit she filed in Los Angeles Superior Court on Thursday.

In the lawsuit, Anderson also names the defendant of the estate of Buan Pakzad, who started the House of Bijan and died last April.

Anderson worked for Bijan from April 2009 to May 2011 designing ads and retouching photos.

According to the lawsuit, Bijan bills itself as "the most expensive store in the world." The luxury men's retailer's representatives have President Obama, George W. Bush, Ronald Reagan, Tom Cruise, Anthony Hopkins and Michael Jordan, the lawsuit states.

The complaint states that before he died, Pakzad often flirted with Anderson, told her he preferred her body over that of her co-workers, said he wanted her sexually, and tried to kiss her on the lips.

The suit says that when Anderson informed Pakzad she was moving in with her boyfriend, instead of his behavior stopping like she had hoped, he retaliated by demoting her and taking away some of her job duties.

Anderson was fired for protesting her treatment and because the boutique had a preference for hiring Persian employees, the lawsuit says.