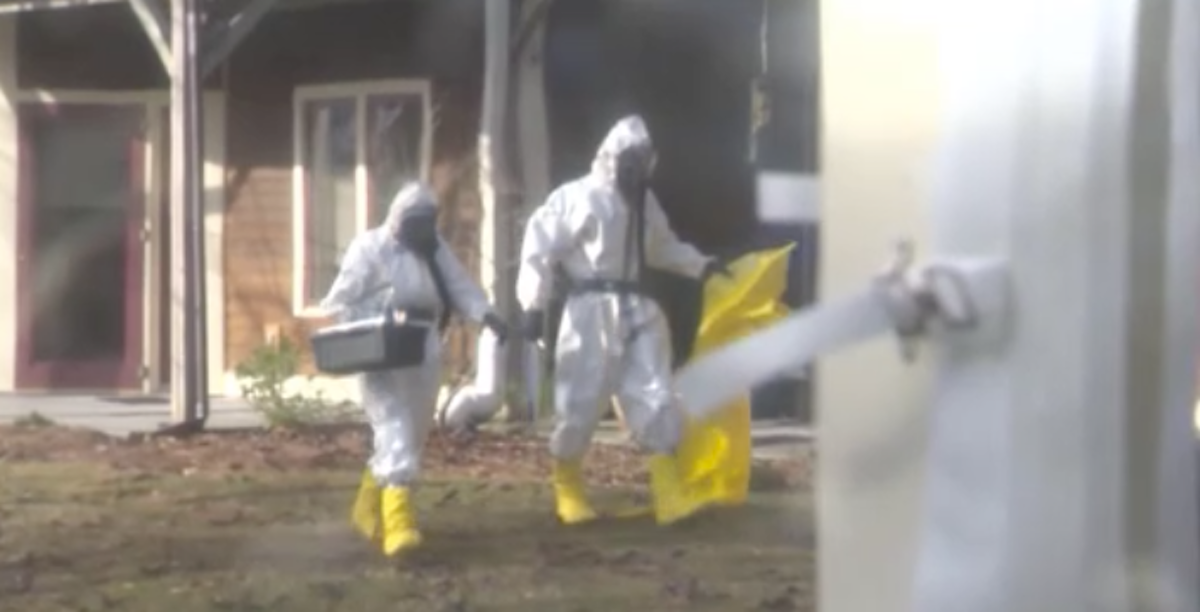 BURLINGTON, Vt. -- A retirement community resident made ricin and tested the deadly toxin on her neighbors by putting it on their food or in beverages over a period of weeks, investigators said.

Betty Miller told an FBI agent that she wanted to "injure herself" and was testing the poison's effectiveness on other residents at the Wake Robin senior living facility, according to a criminal complaint.

A handcuffed Miller, 70, made her first appearance in federal court Friday. Judge John Conroy noted that Miller had a "lengthy mental health history," but did not elaborate.

Miller was placed in custody and was scheduled to be in court again on Wednesday. She said she was working on getting a lawyer.

Police were called to the senior community in Shelburne on Tuesday after Miller told heath care providers she had manufactured the ricin and placed it on other residents' food and beverages, the agent said in the complaint.

Miller said she harvested 30 to 40 castor beans from plants growing on Wake Robin's property and made 2 to 3 tablespoons of ricin twice in her kitchen, the complaint said. She exposed other residents to the ricin on at least three occasions, the complaint said.

Investigators found a pill bottle half full with powder labeled as ricin in a basket in a kitchen cabinet of Miller's apartment a midst other pill bottles labeled "apple seed," ″cherry seed" and "yew seed," the complaint said.

The powder tested positive for ricin. Investigators also found instructions for making ricin that apparently were from the internet, the affidavit said.

If inhaled, ricin causes difficulty breathing and other symptoms. If ingested, symptoms include vomiting, diarrhea, hallucinations and seizures. Initial symptoms of ricin poisoning are most likely to occur within four to 10 hours of exposure.

CBS affiliate WCAX-TV reports that Wake Robin President and CEO Patrick McKee said Miller would not be returning to the retirement community.

"The resident of the apartment in question is now involved with the criminal justice system and will not be returning to Wake Robin," it said. "We will continue to maintain our community's safety and protect their privacy through this time."