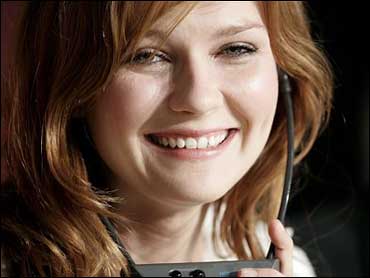 All U.S. newborns should be vaccinated against hepatitis B before leaving the hospital to protect against possible disease from infected mothers, doctors recommend.

Previously, giving the shots in the hospital was recommended only for newborns whose mothers were known to be infected or whose disease status was unknown.

It is a minor change from the group's list last year. For one of the first times in recent years, no new shots are recommended; both lists recommend a series of seven vaccine shots starting in infancy for all U.S. children.

The recommendation for hepatitis B shots was made out of concern that some infants of mothers mistakenly thought to be disease-free might be falling through the cracks, said Dr. Julia McMillan, a member of the AAP committee that helped create this year's list.

Doctors also worried that some infants were not being vaccinated early because of concerns that some shots had a mercury-containing preservative called thimerosal, which has since been removed from most vaccines, said Dr. Louis Cooper, AAP president.

While there's been no known increase in infants infected with hepatitis B, vaccinating them before they leave the hospital "just makes good sense," Cooper said.

Newborns can contract the virus from infected mothers' blood during childbirth, but vaccinating them soon afterward can prevent the disease from taking hold, said McMillan, a pediatrics professor at Johns Hopkins University.

McMillan noted that because of a current shortage of pneumococcal vaccine - which protects against childhood pneumonia, meningitis and ear infections - doctors are urged to reserve the full four-shot series for at-risk children with weakened immune systems until supplies rebound.

Vaccine maker Wyeth-Ayerst Laboratories has said it expects the shortage, blamed on unforeseen demand, to ease by the end of March.

By Lindsey Tanner
© MMII The Associated Press. All Rights Reserved. This material may not be published, broadcast, rewritten, or redistributed