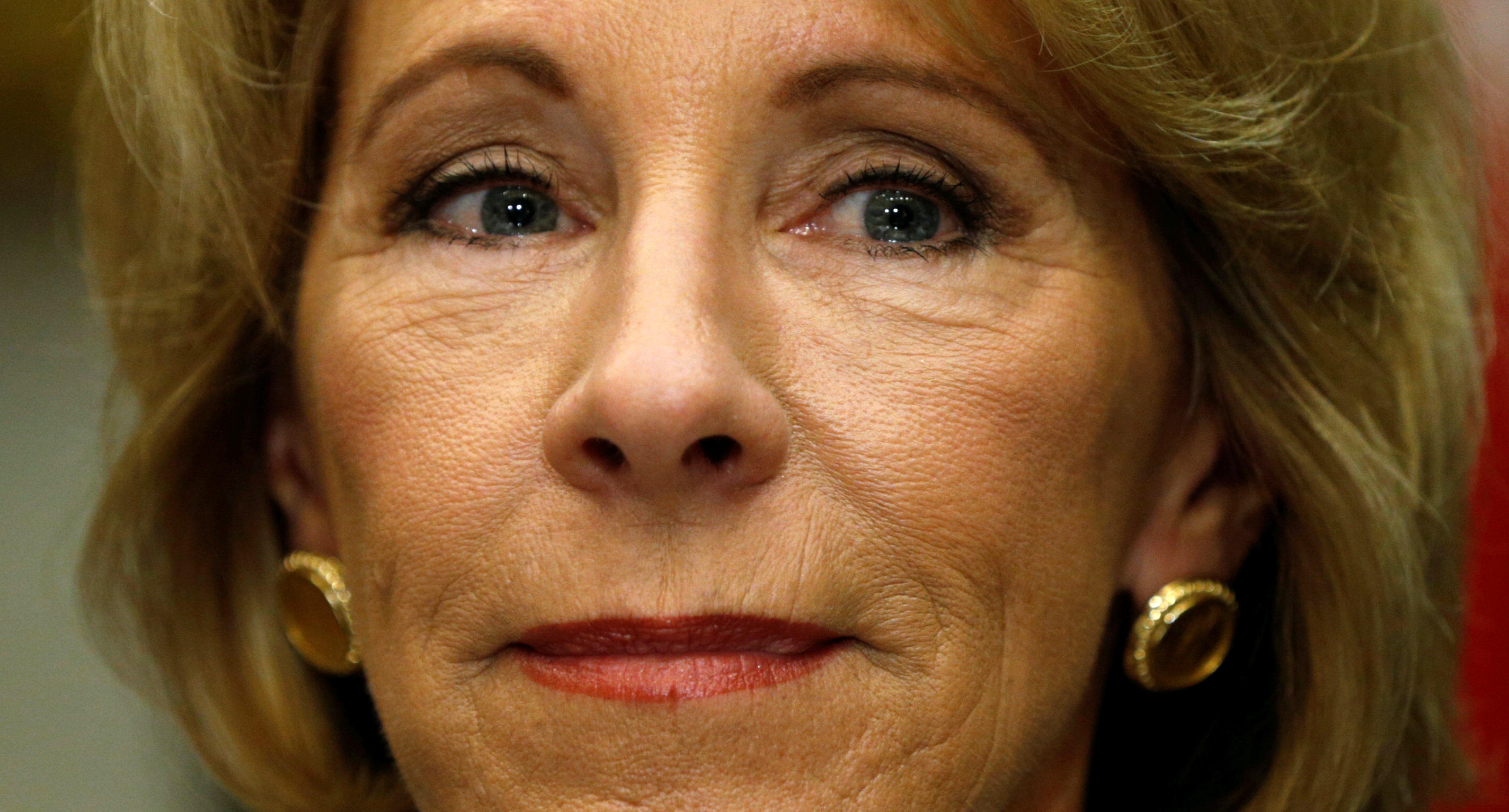 Department of Education Secretary Betsy DeVos is slated to speak at the historically black institution Bethune-Cookman University in Florida at the school's 2017 commencement later this month.

DeVos' address signals further efforts by the Trump administration to reach out to historically black colleges and universities, following a meeting with leaders of various historically black institutions at the White House back in February.

That meeting drew immediate criticism after comments from DeVos shortly thereafter where she called historically black colleges (HBCUs) "real pioneers when it comes to school choice."

"They are living proof that when more options are provided  to students, they are afforded greater access and greater quality," DeVos continued.

Critics were quick to point out that HBCU's were created because African American students were denied access to higher education.

DeVos later amended her comments in a series of tweets the next day, reflecting the importance of the institutions.

Now, Mr. Trump's Education Secretary is back in the spotlight after a statement released by the Daytona Beach university drew backlash for comparing DeVos to the school's founder and civil rights activist Dr. Mary McLeod Bethune.

"Secretary DeVos deems the importance of opportunity and hope for students to receive an exceptional education experience," the statement read. "Her mission to empower parents and students resonates with the history and legacy of Dr. Bethune."

Following the news of DeVos' planned address, a petition on Change.org circulated online, calling for the university to rescind the invitation and instead invite DeVos to share a "meaningful dialogue" with students about the administration's education policies and importance of HBCU's.

The petition, which as of Tuesday morning has garnered more than 4,000 signatures, said DeVos speaking at the commencement ceremony "would be an insult to the graduating class, students, alumni, family and legacy" of the school's founder.

The university has since released a follow-up statement after online backlash grew, saying "there are similarities in everyone" and that "we must find common ground amongst each other."