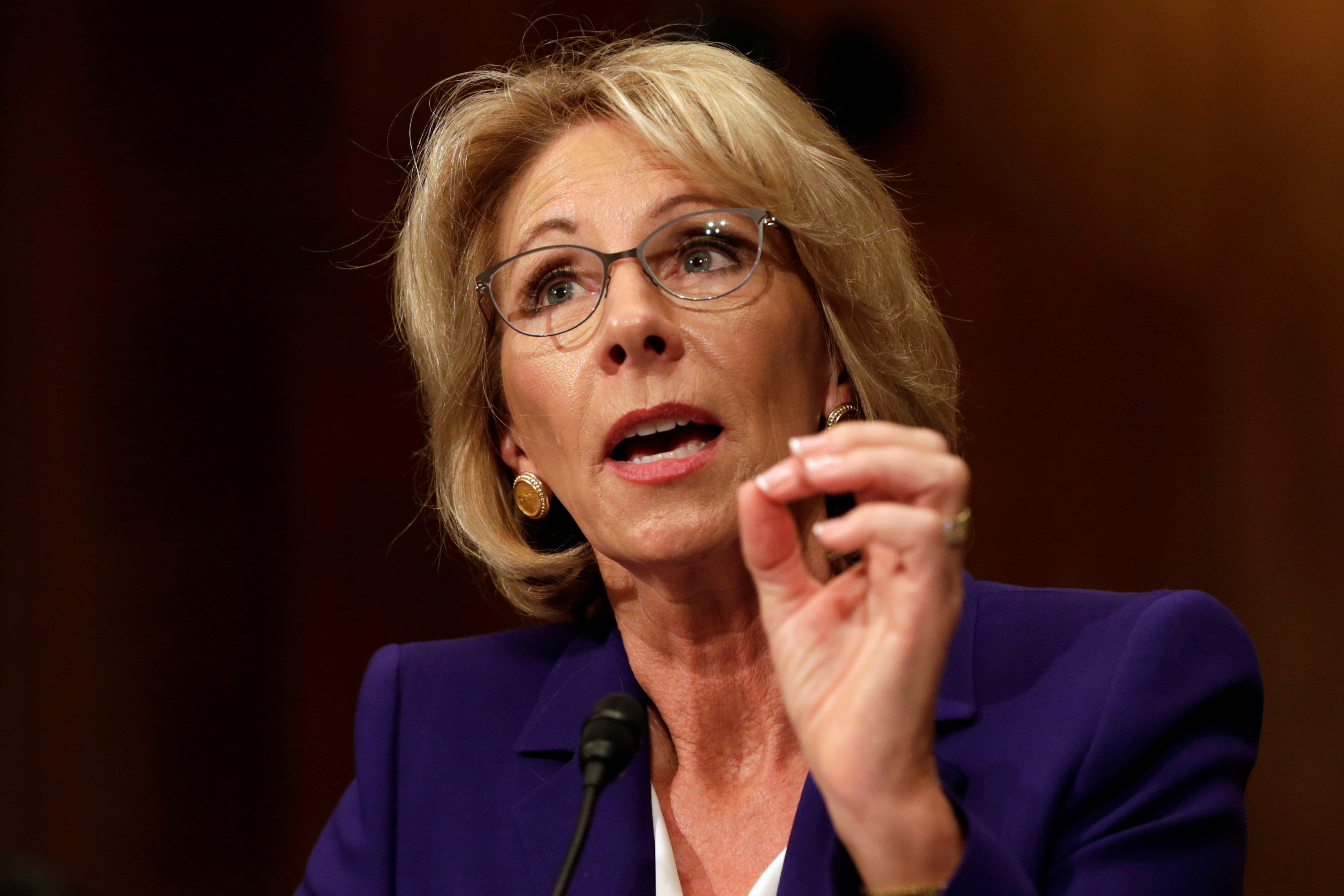 Education Secretary Betsy DeVos is being protected by U.S. Marshals, and it’s costing her department almost $8 million for eight months, the Washington Post reported, despite the fact that the Department of Education has its own in-house security team.

An agreement signed last week stipulates that the marshals are to be reimbursed for providing security to Ms. DeVos from mid-February until the end of September for a fee of $7.78 million—nearly $1 million per month, according to the Post. The security will last for the duration of President Trump’s term, or until either agency decides to terminate the agreement.

Like previous secretaries of education, DeVos was initially under the protection of the department’s team, many of whom are Secret Service veterans. But on Feb. 13, a few days after protesters blocked her from entering a D.C. public school, marshals took over her detail, hiring nearly two dozen people to staff her protection, according to the Post. The new hires’ salaries range from $95,000-$146,000, depending on the experience and type of guard. The education department’s own security team remains on payroll, but unassigned.

According to the Marshals Service, there is an existing threat to the secretary’s safety, though they declined to characterize the nature or severity of the threat. An anonymous U.S. official told the Post that Ms. DeVos has received more threats than previous education secretaries, and an Education Department spokesperson (who also requested anonymity) said Friday that, while he couldn’t comment on personnel decisions, they were deferring to the Marshals’ judgment and determination of what level of protection is necessary to keep the secretary safe while allowing her to work.

But that same anonymous spokesperson took issue with the $1 million estimated monthly cost of DeVos’ security detail, explaining to the Post that the contract includes one-time fixed costs and that the recurring monthly costs would be lower. Additionally, he said that the $7.78 million total represented a “projected maximum reimbursement.” Thus, the final cost could be lower, though he did not provide further detail.

The extra costs as the Trump administration attempts to cut the Education Department’s budget by $9 billion—13.5 percent.

Secretary DeVos is currently the only cabinet secretary under the marshals’ protection, according to the Post. Donahue, the spokeswoman for the Marshals Service, refused to tell the Post how many marshals guard her and whether or not she receives 24-hour protection, due to concerns about operational security.