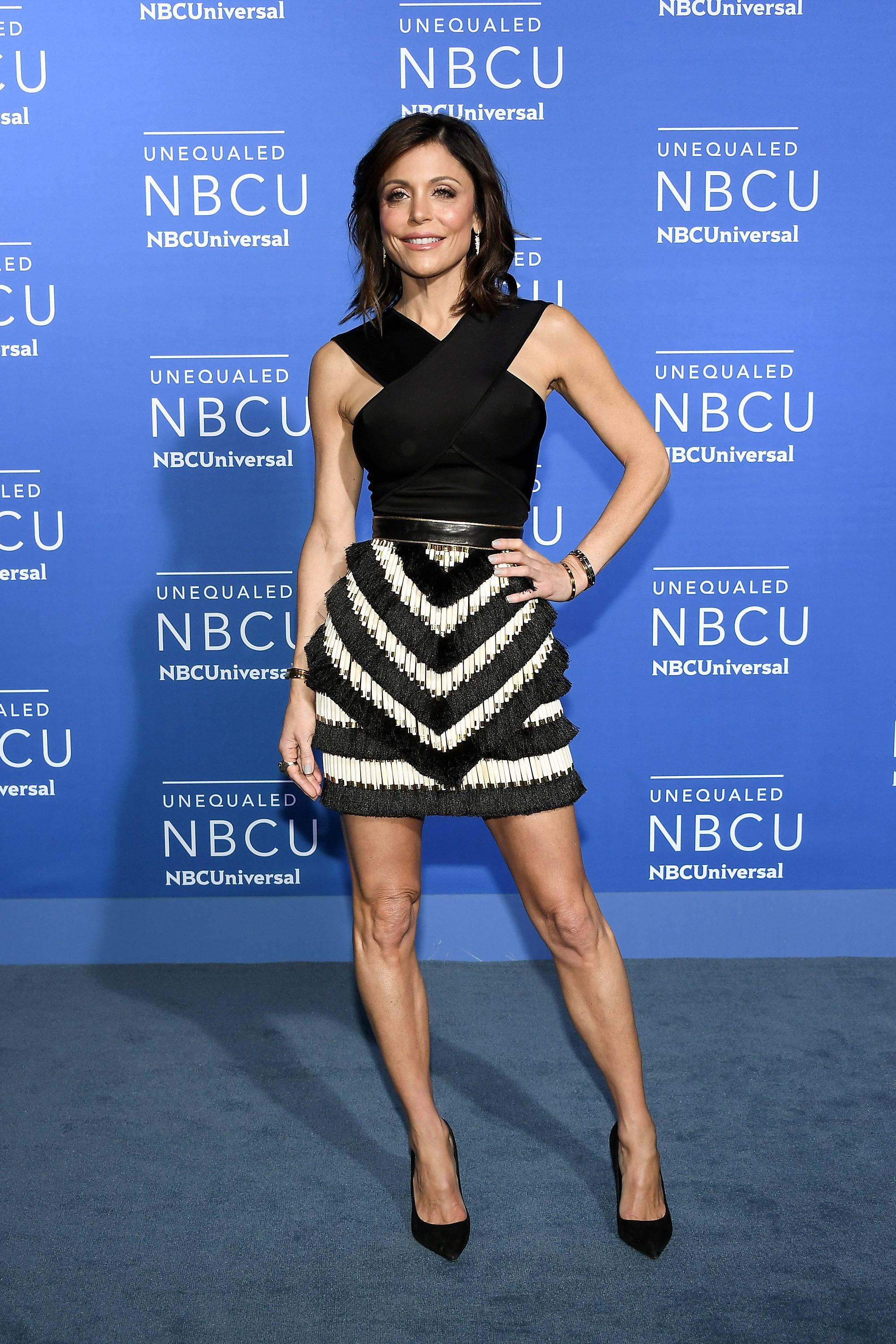 The world of home renovation shows is full of TV couples, teaming up with their spouses to turn fixer uppers into dream homes. There's Chip and Joanna Gaines. There's the soon-to-be-divorced Christina and Tarek El Moussa. Plus, there's a slew of sibling duos, like "Property Brothers'" Jonathan and Drew Scott. But Bravo is introducing a new real estate couple in TV town and fans of the home improvement genre should probably brace for the renovation earthquake that's about to hit New York City.

You read that right: The tough-talking SkinnyGirl titan, known for taking no prisoners on "Real Housewives of New York City," is going into business with the slickest realtor in the Empire State. She's going from a Bravo franchise, famous for flipping tables, into the world of flipping ultra luxury apartments.

It's a business marriage made in Bravo drama heaven, as two of the biggest personalities to ever hit reality TV go head-to-head in pursuit of big transformations and even bigger pay-offs.

"I bought my apartment in TriBeCa several years ago and I renovated it. It's the possibilities that you see in an apartment that I think are amazing," Frankel tells CBS News. "Fredrik has a different perspective on it. He just cares about the deal and the price. So, if it's brand new and there's nothing to do, like he sees that it's a good deal, he just wants to sort of flip it. Me? I want to go in and find something that's really raggedy and do that. I enjoy renovating. I find it therapeutic, believe it or not. People get stressed out by it. I love it. As long as I don't have to live in the place I'm renovating!"

Even so, however, Frankel reveals that both she and Eklund are anxious about the big-money risks they're about to be taking with the cameras rolling.

"We're both nervous," she says. "He's less nervous because he doesn't think that way. He sort of just thinks that everything he touches is going to turn to gold, and I'm more of a realist about that because I actually have built a business and I know how challenging it is. So, I think I bring his feet back to the ground."

Well, she certainly isn't going to go easy on him. While CBS News was at SkinnyGirl HQ this week, Frankel made a call to Eklund to check on his progress filming and demand that more listings be sent her way.

"You sent me four total listings and you're going on another trip," she prodded. "Since we started this, which is weeks ago, you went to Thailand for over two weeks. You went to Paris and London. And now, you're going to Africa on safari. Yeah, so this is called grownup work. It's like real work. Like you have to actually work, not just be pretty and look cute in suits and sell apartments."

"Bethenny Frankel, this is very simple," Eklund fired back over speakerphone. "You have access to the same listings systems that I do. You're not my boss. I don't work for you ... You keep bringing up this Africa trip over and over again. I honestly think you're jealous."

"So badly," Frankel retorted without skipping a beat. "I want to wear khakis and listen to you talk about how beautiful you are."

If that candid conversation is any indication of what their new series, "Keeping It Real Estate" will be like, we're all in for quite the show. But it actually isn't the only new show on which fans will see Bethenny's wit on display this season. She's also set to swim with the sharks.

No, we don't mean "Real Housewives." Frankel has signed on to be a guest judge on ABC's "Shark Tank."

"I think it's a smart choice," she tells CBS News. "You know, they're a little more conservative than I am. I think I bring something different to the table, which will be good. I mean, I've been that person with that idea, begging somebody to listen. You know, 'Anyone who will listen, please help me.' You've got be so intent and strong in your idea, and I was."

She's been in their shoes, but that doesn't necessarily mean she'll go easy on the contestants.

"Depends upon what they need to hear," she says. "I think it's important to tell people how hard it is because you don't want to watch people blow their retirement fund on a pipe dream. I think I'm a realist, for sure."

In terms of her own business, Frankel's latest exploit is a line of low-sodium, all-natural deli meats, called Skinnygirl Market Fresh Deli.

"It's a category that is grim in its variety, health and possibilities," she explains. "As a mom who makes sandwiches for my kid, it's disgusting what's in that refrigerator ... Someone asked me before, would I do cheese? And I said, maybe, but I don't think so because cheese is good. There are good cheeses out there. In this category, everything's disgusting."

When asked what her deli meats' "Real Housewives" tagline would be, she quickly responded: "I'm salty and I'm sometimes sweet, but I'm always good for you."

Frankel also opened up about her new charity, explaining that after the ugliness of her divorce from Jason Hoppy, she teamed up with Dress for Success on the B Strong Initiative because she wanted to do something to help women in crisis.

"I was going through a really negative personal time. And I felt depressed and lonely and just helpless," she tells CBS News." And then I beat myself up about that because I feel bad for feeling bad when I have such a blessed life, but your problems are still real, you know? Just 'cause you have a nice bed to lay on, you still feel emotionally upset. So, I decided to go to Dress for Success and said, I want to start a charity ... They have women that you help with their resumes and get them dressed and confident ... But these women that I'm talking about can't even get out of bed to get there and get a resume done. They really feel like they're in crisis. And I thought to myself, if I'm feeling so bad, what about a woman who can't put her lights on? What about someone who's dealing with a medical issue or financial issues, abuse?"

It's a way for the "Real Housewives" star to find light in the darkness and give back. One area she can't find a whole lot of light, though? Her ongoing situation with fellow housewife Ramona Singer.

And she says that the Heather Thompson phrase, "Singer Stinger," makes it sound "too light and sweet."

"This is bad," she says. "We haven't even begun this season. It's like a roller coaster and it's going to keep ticking to the top and then it's going to blow. It goes across the whole group, but definitely has to do with me. She's got something going on inside her about me and you end up finding out what it is. It comes out."