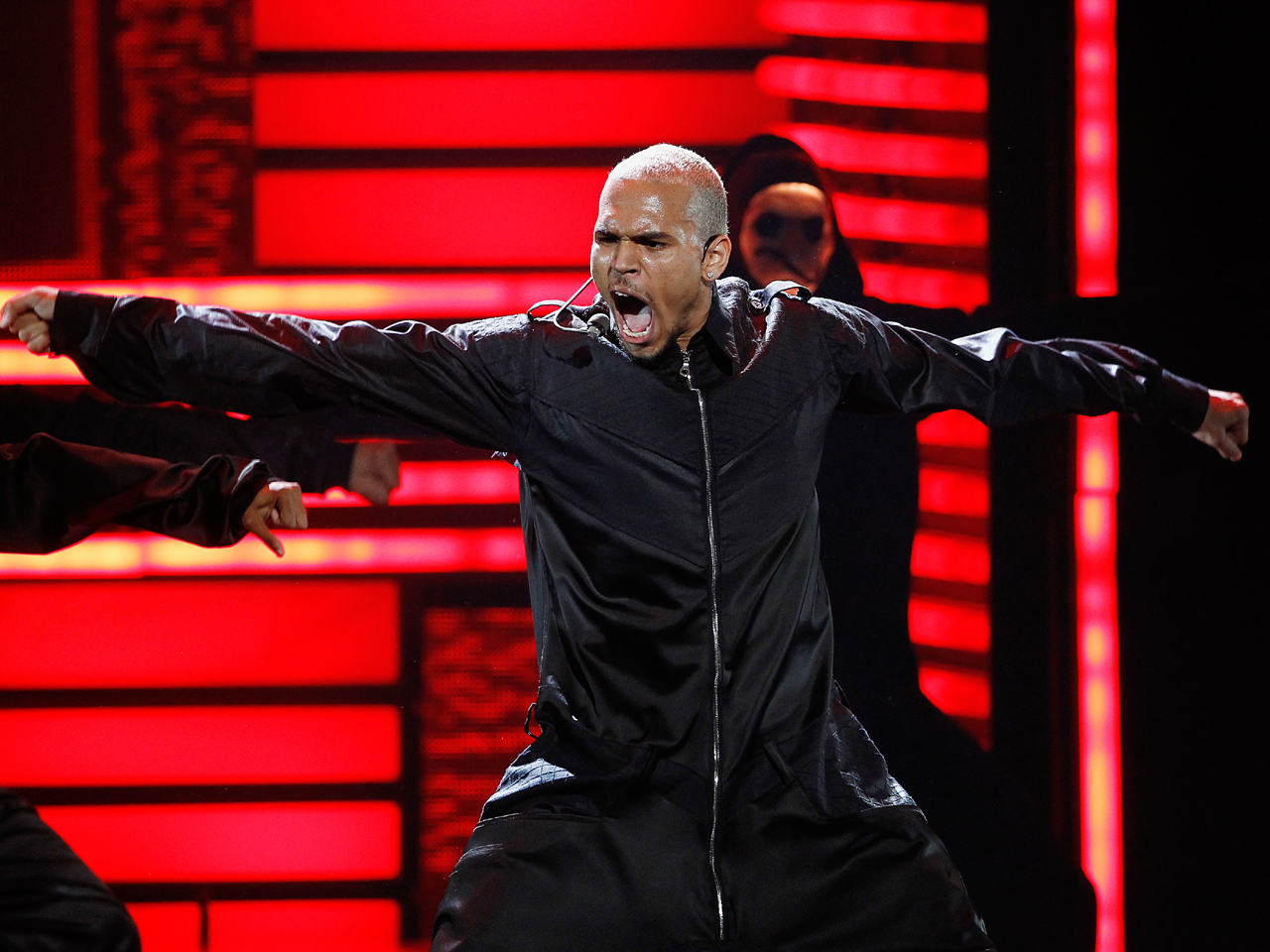 (CBS/AP) LOS ANGELES - Amid awards for the top artists, actors and athletes at Sunday night's BET Awards, Chris Brown came out as the big winner, taking home four trophies in all.

The 21-year-old singer won a pair of prizes early in the show and two fan-voted awards at the end of the ceremony.

Brown was named best male R&B artist and won best collaboration for his song "Look At Me Now" with Lil Wayne and Busta Rhymes.

Brown accepted the collaboration award after performing a medley that including the winning track.

"Public-speaking is not my strong suit," he said, thanking BET and his fans before passing the microphone to Wayne, who expressed gratitude to Brown for including him on the track. Busta Rhymes rapped his acceptance.

Earlier in the ceremony, held at the Shrine Auditorium, Brown also thanked his fans and the network: "I appreciate all the support. I know it's been a long road, so I appreciate every blessing in front of me."

"I can't believe for the first time I get to share a moment like this with the person who saw me rapping on a staircase," she said of the rapper and producer, who was incarcerated when she won the same prize last year. "Lil Wayne, I love you."

Minaj was joined by Justin Bieber to present the male hip-hop artist award later in the show. Kanye West won but wasn't on hand to accept the trophy.

Steve Harvey was recognized for his humanitarian work at the BET Awards. BET Chairman and Chief Executive Debra Lee called the 54-year-old entertainer "a true gentleman who acts like a comedian but thinks like a citizen of the world" as she presented him with the Humanitarian Award.

Harvey thanked God and his fellow philanthropists as he accepted the honor.

Patti LaBelle also accepted a special honor during the ceremony; Gladys Knight presented her with the Lifetime Achievement Award.

"I plan to hold myself up higher because I've gotten this wonderful award," the 67-year-old singer said, and then she grabbed a microphone and sang a pair of hits, including "Lady Marmalade."

Instead of traditional awards-show winners' envelopes, winners were revealed on a tablet device provided by Sprint. But the tablet proved tricky when it was time to announce the winner of the Viewers' Choice award.

A fan was brought on stage to announce the winner, and she initially said Brown won. Then she corrected herself to say Rihanna won, and Drake came on stage to claim the trophy. After a commercial break, host Kevin Hart clarified that "there was a mistake," and Brown had indeed been the viewers' choice.

But the show was really about the performances, which were plentiful. Mary J. Blige opened the ceremony, performing her hits "All Night Long" and "Real Love" before being joined by Anita Baker. The divas performed a duet of "Caught Up in the Rapture."

Rick Ross, Lil Wayne, DJ Khaled and Ace Hood shared the stage for "Hustle Hard." Alicia Keys unveiled a new song, before lapsing into "A Woman's Worth," for which she was joined by Bruno Mars, and her hit, "Fallin'."

Jill Scott sang in a speakeasy setting. Trey Songz took off his shirt during his performance, even after host Kevin Hart said the young singer looks "like a beige greyhound" shirtless.

Donnie McClurkin kicked off a gospel celebration, with Mary Mary and Deitrick Haddon joining in to sing "Thank You."

Beyonce performed from across the pond: Her headlining set at the Glastonbury Music Festival was beamed into the ceremony from England.