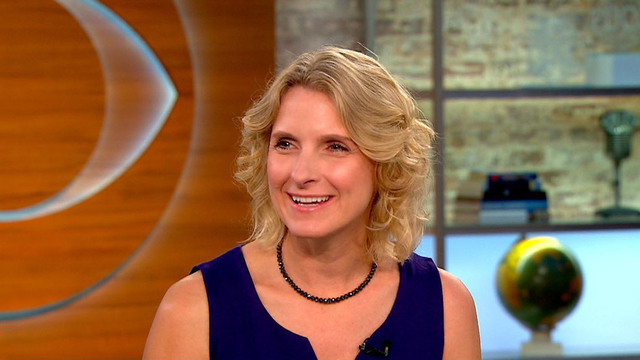 Now Gilbert is back with a new book, "Big Magic: Creative Living Beyond Fear," in which she offers her perspective on how to live creatively. Gilbert said she feels that people today settle for a life that is too "safe."

"Creativity asks you to enter realms with uncertain outcomes," Gilbert explained on "CBS This Morning" Tuesday. "People want to create a safe life for themselves so they try to live without fear and they end up killing their creativity in the process."

Gilbert urged people to be embrace their curiosity, which she likened to a "channel through which the breadcrumbs of inspiration come."

She shared one anecdote from her book about her friend, Susan, who flipped her life around by doing exactly that. When she was in her forties, Susan was feeling "plain" and "bored." When she pondered the last time she had felt "free" and "lively," she remembered her pastime of figure skating, which she had quit because she simply wasn't "the best."

"But 25 years later, she didn't win medals, wasn't the top but gave back permission to herself to live in a way that made her feel like she was unfolding and becoming more than just an accumulation of her daily obligations," said Gilbert.

She also shared her own personal narrative of a professor who had told the best-selling author that she wouldn't be a great writer because she had not "suffered a lot," to further emphasize that people should move beyond their fears and "just do" what they want to do.

"I'm trying to dismantle a stereotype that in order to live any kind of creative life, you have to be in torment and suffering," she said. "We're addicted to this idea because it makes for good bio pics...but I actually think it's better to live a life where you're constantly exploring your curiosity and creativity."