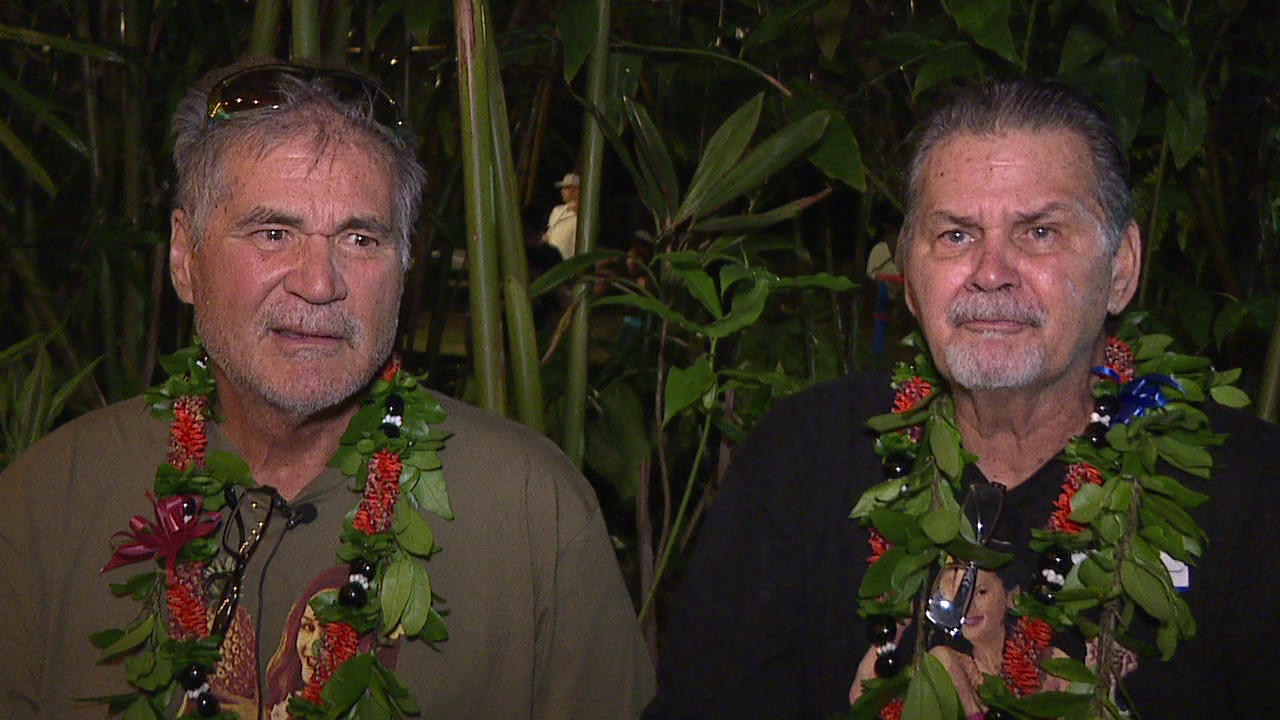 HONOLULU -- Two men in Hawaii who have been best friends for 60 years recently found out they are brothers.

Alan Robinson and Walter Macfarlane, who were born 15 months apart, first met in the sixth grade.

Macfarlane never knew his father, and Robinson was adopted.

Macfarlane turned to family history and DNA-matching websites to try to learn more about his ancestry after unsuccessful searches on the internet and social media, Honolulu news station KHON-TV reported.

"So then we started digging into all the matches he started getting," said his daughter, Cindy Macfarlane-Flores.

A top match — someone with identical X chromosomes — had the username Robi737. She said Macfarlane realized the connection because Robison's nickname was Robi and he flew 737s for Aloha Airlines.

It turned out Robinson used the same website to find answers about his family. They discovered they have the same birth mother.

"It was a shock," Macfarlane told the station.

They revealed the relationship to friends and family during a party Saturday night.

"It was an overwhelming experience, it's still overwhelming," Robinson said. "I don't know how long it's going to take for me to get over this feeling."

"This guy was, he was like an older brother all along," Robinson told KITV in Honolulu. He recalled going diving together when they were younger. "I'd be making noise in the water splashing around, he'd be teaching me how to do it right. He'd always come out of the water with the biggest string of fish and I had the smallest."

"As it should be, you're my younger brother," Macfarlane said.