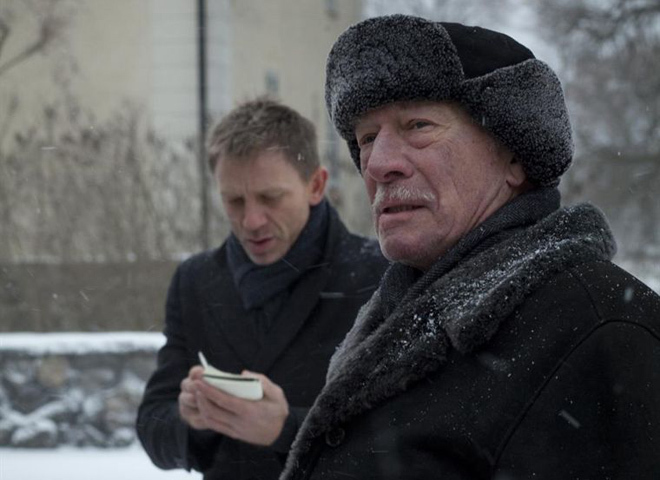 (CBS) A lot of the movies you read about with the Screen Actors Guild and Golden Globes nominations last week won't be at movie theaters until the end of this week. And because it is a holiday weekend, movies will be opening all through the week.

On Tuesday, fans of Stieg Larsson's Millennium novels will get their first look at Rooney Mara as Lisbeth Salander and Daniel Craig as Mikael Blomkvist in the Hollywood version of "The Girl With the Dragon Tattoo." Opening the next day is Glenn Close's passion project "Alfred Nobbs," in which she plays a woman posing as a butler, and the latest "Mission Impossible movie - "Ghost Protocol," starring Tom Cruise and Jeremy Renner. China's Oscar entry, "The Flowers of War," which Christian Bale is promoting in Beijing, also opens that day, as does the Stephen Spielberg animated movie "The Adventures of Tintin: Secret of the Unicorn."

Thursday is the official opening of "We Bought a Zoo," though the movie starring Matt Damon and Scarlett Johansson has been in special previews for weeks now. It is also opening day for Angelina Jolie's Bosnian war love story "In the Land of Blood and Honey."

The small-screen highlight of the week will be "The X Factor" finale pitting Chris Rene, Melanie Amaro and Josh Krajcik against one another. Justin Bieber has tweeted that he will be performing in the Thursday night finale. Performances will take place the night before.

And DVD releases this week will include Woody Allen's acclaimed and awards-nominated comedy "Midnight in Paris." If you missed it at theaters, now is a good time to watch it before awards shows begin next month.

For music fans, Common's new album "The Dreamer/The Believer" hits stores on Tuesday, even though it has been streaming live on the Internet for the last week. It features pieces by poet laureate Maya Anjelou as well as Nas and John Legend.

If you are tempted to overindulge at the buffet table this holiday, the publishing industry has you covered. There are few new releases this week, but chief among them is the paperback version of "Eat This, Not That! Supermarket Survival Guide" and Rodale's twin volumes by Stephen Perrine, "Men's Health Diet" and "Women's Health Diet."