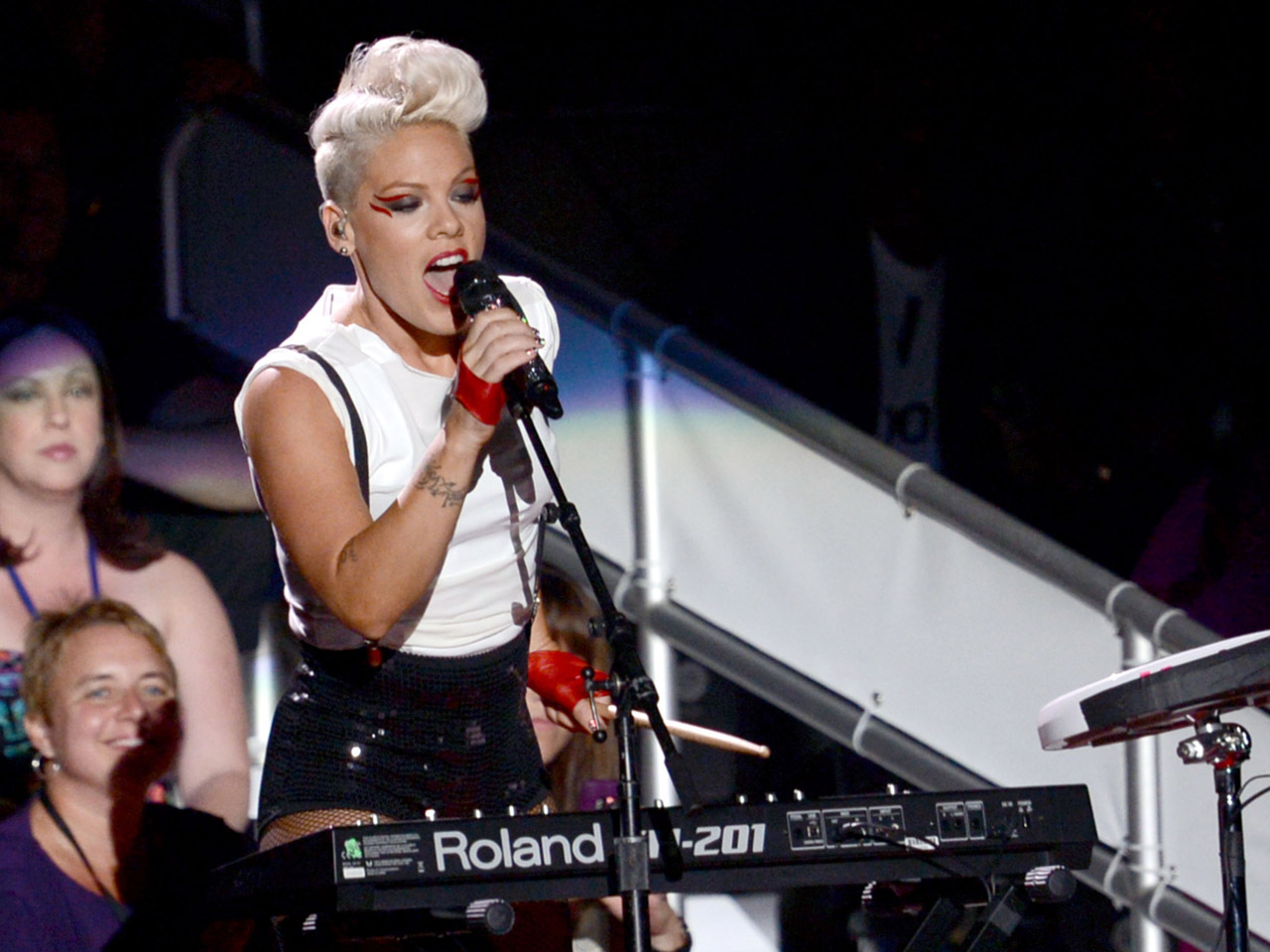 (CBS News) There's a lot of new music being released in this busy week in entertainment by artists as varied as Pink, Paul Simon, Carly Rae Jepsen and Kanye West.

"The Truth About Love" is the name of Pink's sixth studio album, coming out on Tuesday, and it includes the hit single "Blow Me (One Last Kiss)," which has climbed charts this summer in the U.S., Australia and Germany.

A multiple Grammy winner who began his career in the 1960s as part of the duo "Simon and Garfunkel," Simon is releasing a two-disc CD/DVD combo "Live in New York City." At the other end of the spectrum is "Kiss," the second album of "Call Me Maybe" singer Jepsen.

Other new albums out Tuesday include "Battle Born" by the Killers, "Shields" by Grizzly Bear, "R.E.D." by Ne-Yo, "Charmer" by Aimee Mann, "3 Pears" by Dwight Yoakum, "The Devil You Know" by Rickie Lee Jones and "Love at First Sting" by the German rockers the Scorpions. Also a deluxe 25th anniversary edition of Michael Jackson's "Bad" (three CDs and one DVD) will make its debut that day.

TV will give us both a peek at the future - a few new shows debut this week - as well as a look back - Emmys for last season's performances are handed out at a Sunday night ceremony,  hosted by Jimmy Kimmel and  broadcast on ABC.

Two new shows, "Revolution" on NBC and "Mob Doctor" make their entrance Monday night and new seasons begin this week for "Survivor" on Wednesdays, "Up All Night," "The Office" and "Parks and Recreation" on Thursdays and "Treme" on Sundays. "Survivor" is on CBS; "Treme" is on HBO; and the others are on NBC.

The documentary "Katy Perry: Part of Me" will be released on Blu-ray and DVD Tuesday as will "Ed Wood," "The Cabin in the Woods" and "Indiana Jones: The Complete Adventures."

Opening on the big screen Friday is "Trouble with the Curve" starring Clint Eastwood and Amy Adams, "End of Watch" with Jake Gyllenhaal and Michael Pena, Emma Watson's "The Perks of Being a Wallflower," the horror movie "House at the End of the Street," the sci-fi film "Dredd 3D" and the fashion documentary "Diana Vreeland: The Eye Has To Travel."

Coming to book stores Tuesday is "My Mother Was Nuts," a comic memoir by actress and director Penny Marshall; "Joseph Anton: A Memoir" by "Satanic Verses" author Salman Rushdie; "San Miguel," a 14th novel by award-winning writer T.C. Boyle; "The Winter of the World: Book Two," the second novel in historical writer Ken Follett's trilogy; and "The Life of Secret Object," a sixth novel by Susanna Moore.