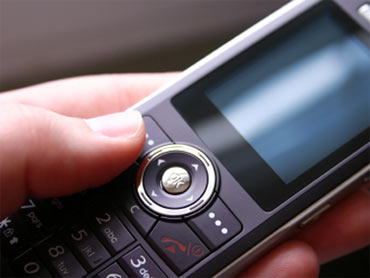 Every year, Consumer Reports magazine asks readers what they like and don't like about their cell phone service.

This year's survey of more than 50,000 readers is in the January issue.

"Early Show" contributor Natali Del Conte, CNET-TV senior editor, highlighted some of the reviews, including who scored the best and worst.

The Worst:
AT&T and Sprint: A tie for the worst.

Sprint: The main complaint is bad customer service. Last year they were also in last place.

The Best:
Verizon: The largest wireless carrier, after its acquisition of Alltel last year, it had the highest user rating. Verizon was above all in overall summary ratings. Including: customer service, voice connectivity, and data services.

Problem: It is expensive, called "the Cadillac" if cell phone services.

T- Mobile: No 2. was T-Mobile. Del Conte said it is low-priced, and next to Verizon, in terms of overall customer satisfaction.

But why are consumers so unhappy with their cell phone plans?

Del Conte said consumers feel like they have no control over ridiculously priced plans.

Why are people disgruntled? Del Conte shared some reasons:

• The rate of text messages has doubled in the last two years when that service costs the carrier very little to provide.
• Minute plans are sold in bulk and the overage charges are designed to be so expensive that users will buy bigger minute plans.
• Data plans are ridiculously expensive and when the network gets crowded, data slows down, so we are paying for data that is unreliable.
• As smartphones become cheaper, the 3G network gets more people on it. So the carriers make money from the plans, but subsidize the phones like Droid and iPhone.
• Unfortunately, cell phones have become such a necessity that the carriers don't really have to lower prices.
• Research has shown that people are more likely to go back home if they leave their cell than they are if they left their wallet at home.

Why don't more people get out of their plans if they are so unhappy?

Del Conte said there are a few reasons:
• Most people get locked into 2-year contracts and it is too expensive to get out.
• Even though most carriers have started to pro-rate their early-termination fees, it still is a large penalty to pay to leave your carrier.
• Most carriers give a new phone away to lure customers to stay. That is hard to say no to.
• And then there are the phones! Some people just love the iPhone and Apple so much that they are willing to put up with terrible service.

What about pre-paid phone plans? Is that a way to stick it to the cell phone carriers?

Del Conte said pre-paid phone plans are a way to do that, but pre-paid carriers don't usually offer the fancy phones, so if you get a pre-paid plan, you usually get a phone that can take your calls, send text messages, and not much else.

However, Del Conte said pre-paid phones are a growing sector of the market. She said an estimated 20 percent of cell phone users are on pre-paid plans. Also, pre-paid plans, could save you between $100 and $1,080 per year, although the cost of savings goes down if you are paying for a large family of cell phones.

As for the carriers' response to this disgruntled report, Del Conte said there hasn't been much of a response.

"Besides offering cheaper phones, they really are not lowering or bundling their phone plans," she said. "They haven't needed to. We're all suckers."

So how can you make sure that you make the best decision when it is time to get a new cell phone or a new plan?

"CNET reviews every single cell phone on the market so you can start by watching the video reviews of the phone that you might be interested in," Del Conte said. "CNET also reviews cell phone coverage in eight cities around the country and we are adding more as quickly as possible. This will allow you to look on a map and see what the various carriers' service is like in your neighborhood. This way you don't commit to T-Mobile, only to find out that there is no reliable T-Mobile service in your apartment."