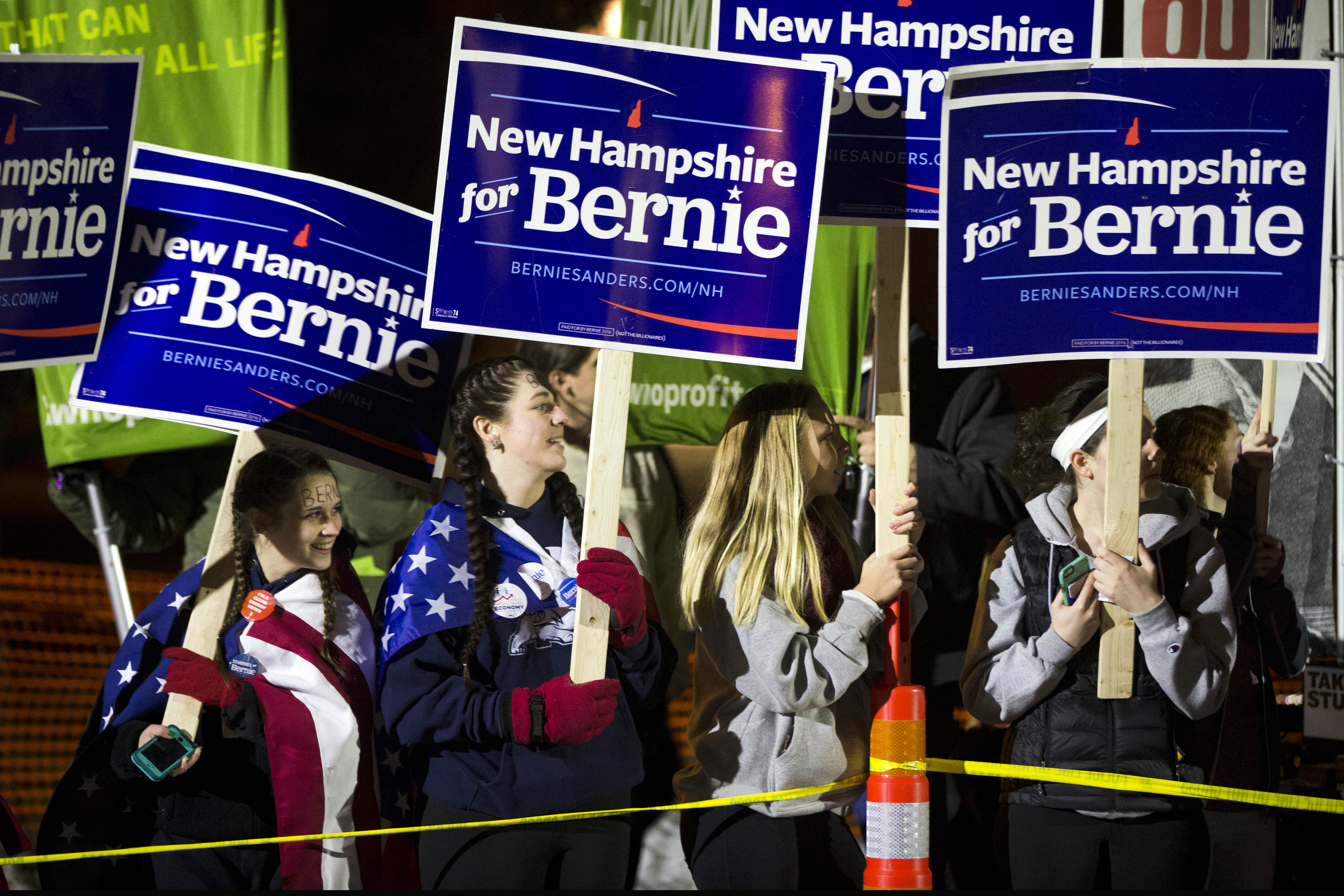 Supporters of Democratic presidential candidate Bernie Sanders are finding themselves out of love and luck this election cycle, when they were blocked from the dating app Tinder after inundating men with pro-Sanders messages.

Two users of the dating app told CBS News on Friday that they were blocked after "swiping right" -- the signal to approve potential suitors -- and sending numerous messages to convince people that they should vote for the Vermont senator over Democratic rival Hillary Clinton.

New Jersey resident Robyn Gedrich, 23, told CBS News that she would "basically swipe right to everyone" and try to engage her matches in conversations.

"Do you feel the bern?" Gedrich's messages read. "Please text WORK to 82623 for me. Thanks!" Texting that number would trigger updates from the Sanders campaign and provide a link to the texter about volunteering.

But after messaging about 60 people a day for several weeks, Gedrich found herself locked out of the app on Thursday, with a message from Tinder announcing that her account was "under review."

According to Tinder, the user lockdown, first reported by Reuters, was just standard operating procedure.

When asked for a response to Gedrich's experience, Rosette Pambakian, Tinder's vice president of communications and branding, told CBS News that the app does not permit spam.

"We whole-heartedly support people sharing their political views on Tinder, but we don't allow spamming," Pambakian said in an email. "So feel free to spread the Bern, just don't spam."

But Gedrich -- whose work as an assistant store manager at clothing retailer Elie Tahari prevented her from committing volunteer time to the Sanders campaign -- said that she was simply "using what I had" to promote her candidate's political message.

She found her method was effective some of the time. Of the men she contacted, Gedrich said about "half of them would respond."

But, she added, "some of them were very resistant."

"They'd ask, 'well, why would you bring up politics on a dating app?'" she said.

Gedrich, who had been a registered user on the app before utilizing it as a campaign tool, would reply that she was "just very passionate" about politics and dating her would require a similar openness to civic engagement.

For her, the appeal of Sanders' candidacy was rooted in the Vermont senator's views on higher education accessibility.

"I'm no longer in school -- I didn't graduate because I basically ran out of money," said Gedrich, who was previously enrolled in New York City's LIM (Laboratory Institute of Merchandising) College. "I did everything. I got good grades in high school. I worked full time. But it wasn't enough to be able to go back to school...That's what really gets me - that he really understands that."

A blog on Tumblr documented one Tinder user's experiences as "perpetual right-swiper in the efforts of electing Bernie Sanders." It contains several photos of the dater's conversations on the merits of Sanders over Clinton or other Republican candidate alternatives.

Another Sanders supporter, Haley Lent, a 22-year-old from Cedar Rapids, Iowa, also found herself blocked from the dating app on Thursday after sending several pro-Sanders messages to young men in New Hampshire.

"I'd ask them if they had plans to vote in the upcoming New Hampshire primaries," Lent said in an email to CBS News. "If they said no or were on the fence, I would try to to talk them into voting for Bernie."

The Iowa photographer ended up messaging dozens of users -- about 50 to 100 people -- on the app.

"A lot of it went really well," said Lent, who bought a Tinder premium membership so she could speak with people in New Hampshire, where the first-in-the-nation primary will be held next week. "[P]eople were nice for the most part. I feel like I got quite a few people to consider him."

But Lent, who is married, also said that some men weren't quite as receptive to her political message.

"Some of the guys I talked to seemed angry or disappointed that I wasn't trying to go out with them," she added.

After her Tinder campaign stint, Lent said that her account still remains locked.

"The message that Tinder gives me when I try to log in is the same message I got when I was first banned," Lent wrote. 'It says 'Your account is under review. You've been reported by users too many times. We will be reviewing your account to determine what action needs to be made.'"