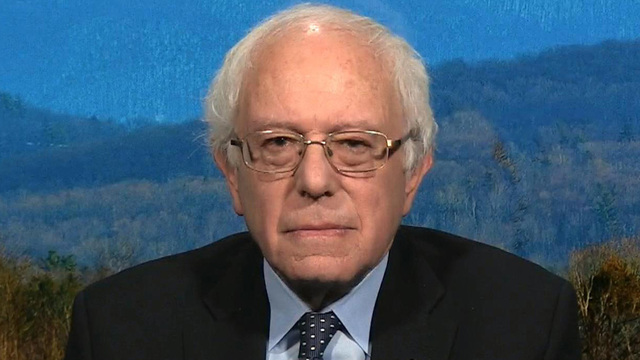 Democratic presidential candidate Bernie Sanders denies that his latest campaign ad -- which slams one of "two Democratic visions for regulating Wall Street" as too soft on big banks -- is a negative spot, and refutes that it targets rival Hillary Clinton in any way.

"I think anybody who looks at that ad understands it's not a negative ad," Sanders told "CBS This Morning" early Friday. "It's absolutely truthful."

Responding to the Clinton campaign's charge that the ad did indeed take aim at the former secretary of state, Sanders said, "Well, I know that that's what Hillary Clinton says, but Hillary Clinton is not right."

Sanders pointed out instead that "for many, many years, there has been a division within the Democratic party" on how to reign in big banks. One faction of the party, he said, was "pro-Wall Street" and receives campaign contributions from the financial sector.

Drawing a difference between himself and such Democrats, Sanders said, "I have, throughout my life, stood up to Wall Street."

When pressed on his single-payer health care proposals -- an issue for which Hillary Clinton has recently attacked the Vermont senator on the campaign trail, just two weeks away from the first Iowa caucuses -- Sanders gave sparse details about how he would pay for the plan.

In order to afford single-payer health care, Sanders said that middle-class families "are not going to be paying any private health insurance premiums." Rather, "they will be paying Medicare premiums, just as seniors do."

Sanders also weighed in Thursday night's Republican debate in South Carolina, where he was mentioned by several candidates.

Commenting on the attacks of his "socialist" record from conservatives, Sanders pointed to his poll numbers as a sign of his popularity among voters.

"I think we beat all of the Republicans in matchups in New Hampshire and Iowa," he said of the nation's earliest nominating contests. He singled out Donald Trump in particular, saying that the latest surveys show him trouncing the billionaire by 13 points.