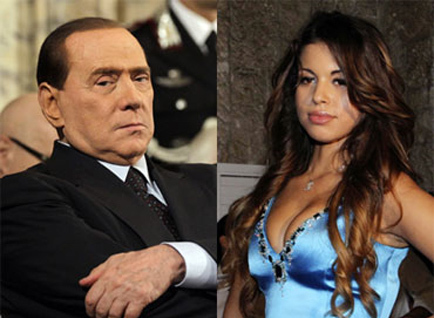 MILAN -- The trial of Premier Silvio Berlusconi on charges he paid for sex with an underage prostitute, then tried to use his influence to cover it up was adjourned shortly after it opened in Milan on Wednesday.

Berlusconi did not attend the hearing, which lasted seven minutes and was devoted to formalities. The trial was adjourned to May 31.

The premier was holding a ministerial meeting in Rome to discuss Libya. He has denied wrongdoing.

The brief session was held under tight security, with some 100 police patrolling the courthouse in downtown Milan. TV crews and other media came from around the world for the opening session.

Italy's Berlusconi: I'm too old for so much sex
Berlusconi allegedly had sex with teen 13 times
George Clooney called by Berlusconi defense team

Unlike Berlusconi's other trials, the one that opened Wednesday puts the premier's personal life under scrutiny, and a conviction could end his political career.

Prosecutors allege Berlusconi paid Moroccan girl Karima el-Mahroug, also known as Ruby and who was 17-years-old at the time, for sex at his villa, then called police to have her released from custody when she was picked up for theft out of concern that she would reveal their relationship.

Both the 74-year-old premier and Ruby, who has turned 18 in the meantime, have denied having sex.

The underage prostitution charge carries a possible prison term of six months to three years. The abuse of office charge is even more dangerous: it carries a sentence of four to 12 years, and if Berlusconi is sentenced to more than five years, he would be barred from ever again holding public office.

Legal experts say those closest to the prime minister could eventually be the ones who bring him down, reports CBS News correspondent Kelly Cobiella.

"Berlusconi is like the President of the United States, he is the Prime Minister -- there will be bodyguards. They could subpoena the testimony of the bodyguards," Michael Griffiths, an international law expert tells CBS.

George Clooney, Italian Cabinet ministers and aspiring starlets have been called to make appearances at the trial, though the court must decide which witnesses to admit.

Berlusconi supporters have pledged to maintain a vigil on a traffic island opposite the courthouse where dozens have gathered for recent hearings in three other pending Berlusconi cases, all involving corruption and fraud allegations. The left-leaning opposition, meanwhile, had also planned its own anti-Berlusconi demonstration nearby for the trial's opening.