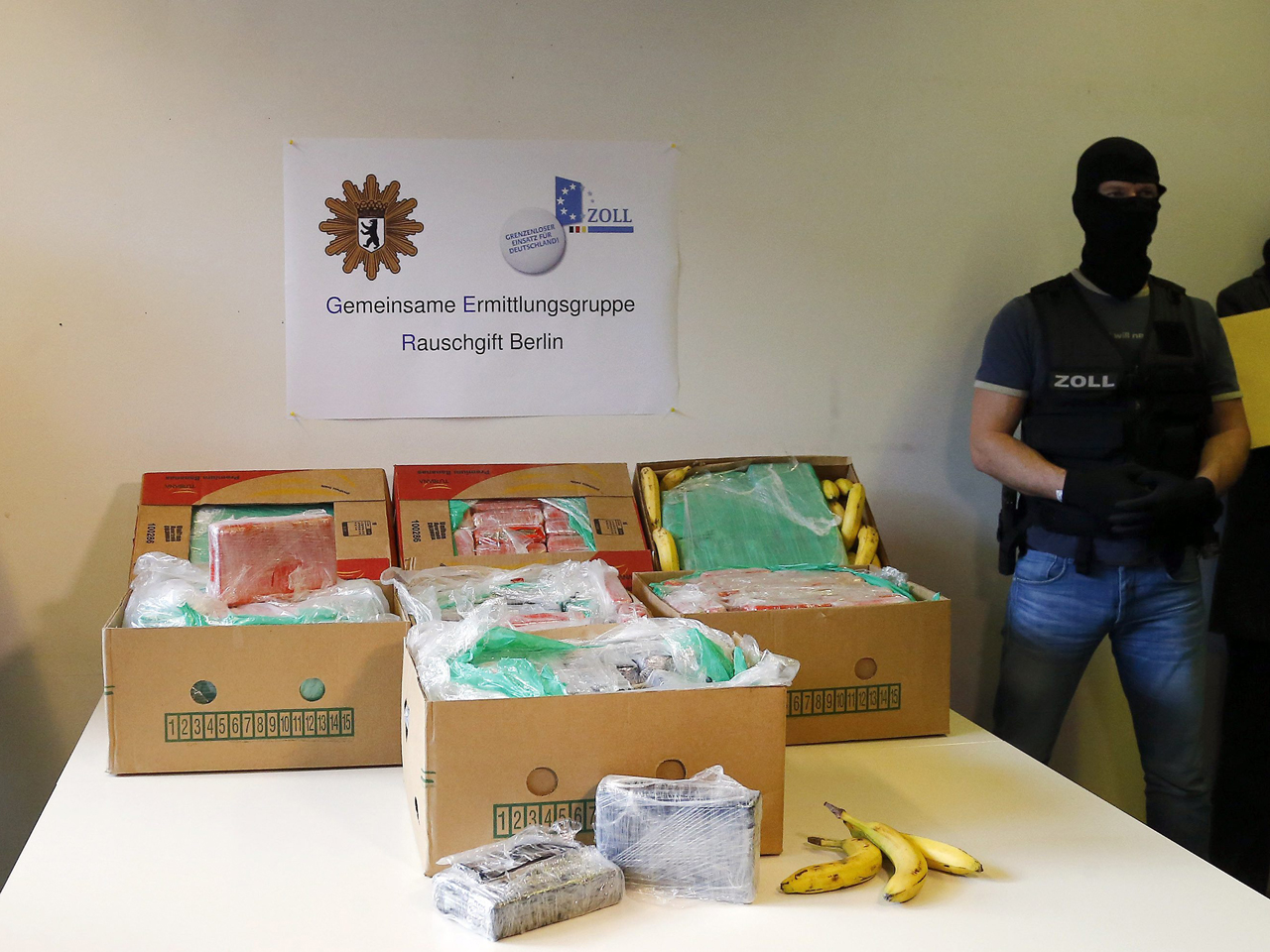 BERLIN - Boxes filled with bananas and cocaine were delivered to five Berlin supermarkets in what police on Tuesday called a "logistical error" by drug smugglers.

Supermarket staff discovered the containers with a total of 140 kg (around 300 pounds) of cocaine on Monday shortly before the fruit went on sale to the public, police and customs investigators said.

It was the largest discovery of cocaine in Germany's capital in about 15 years and has an estimated black market value of around $8 million, according to police.

"We were of course surprised," senior police officer Olaf Schremm, who heads the local drug investigation department, told reporters. "I don't know where the mistake was in the perpetrators' delivery chain."

The banana cartons, part of a consignment of 1,134 boxes, were brought by ship from Colombia to Hamburg and delivered to a fruit wholesaler in Berlin. Cocaine was found in seven of them, Schremm said.

The boxes were eventually delivered to five supermarkets in the Berlin area, but investigators said the intended destination of the cocaine was unclear.

Masked officers in bulletproof vests showed the seized boxes to media. The cocaine will be stored and eventually destroyed.

Drugs are often smuggled in container ships from South America to Europe, the police said, adding that it is very difficult to keep track of thousands of containers which are stored in the port of Hamburg for only a short time.

"At the end of the day, it's beyond one's control," Schremm said.