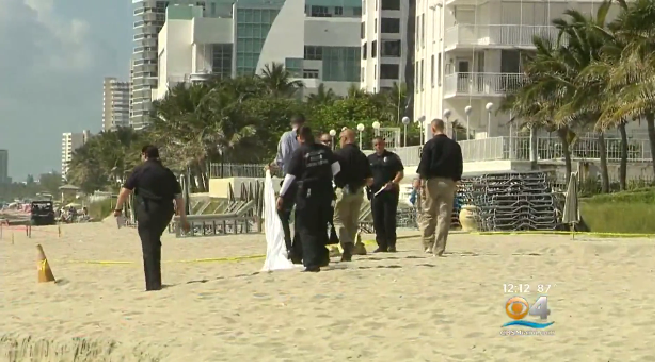 HOLLYWOOD, Fla. -- The body of a federal prosecutor has been found on a Florida beach with possible head trauma.

Hollywood police say the body of 37-year-old Beranton J. Whisenant Jr. was found early Wednesday by a passerby on the city's beach.

CBS Miami reports officers pulled the body out of the water and covered him with a sheet.

Police are investigating the case as a crime, according to the Miami Herald. Authorities believe Whisenant died as a result of a possible gunshot wound to the head or other type of trauma.

Detectives are working to determine if foul play was involved in his death. At this time, no arrests have been made.

Whisenant worked for the U.S. Attorney's Office in Miami in its major crimes unit. He had joined the office in January. Court records show he had been handling several visa and passport fraud cases.

Acting U.S. Attorney Benjamin G. Greenberg said in a statement that Whisenant was a "great lawyer and wonderful colleague." The office declined to comment on the investigation.