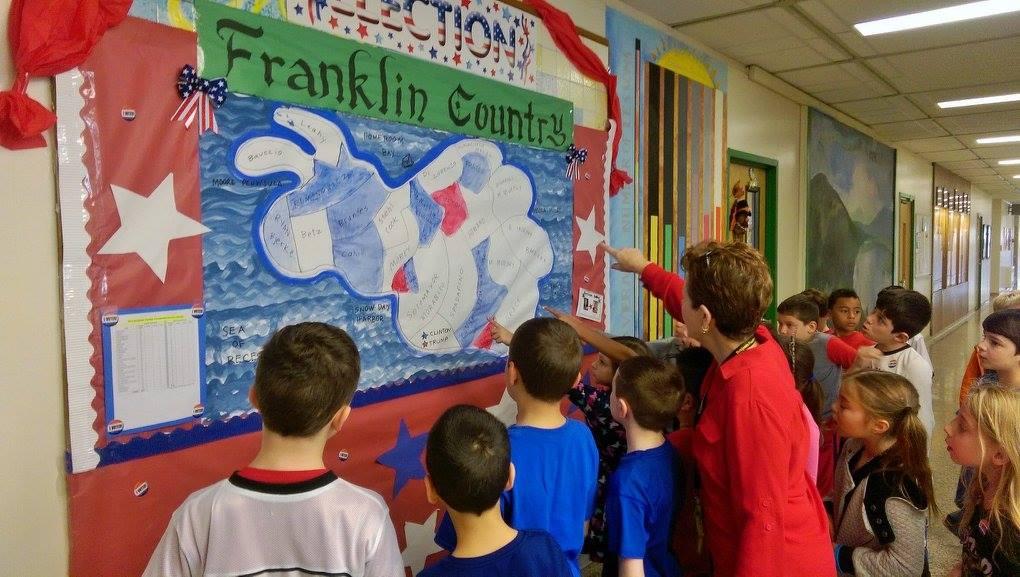 For the past 48 years, students at Benjamin Franklin Elementary School have been casting their “votes” to determine the winner of each presidential election.

And for the past 48 years, the school has never been wrong.

With another heated election underway, again, the students headed to the voting booths during a mock presidential election on Wednesday to continue a tradition that has taken place at the Yorktown Heights, New York, school since it opened in 1968.

“We’re pretty proud of it,” Benjamin Franklin Elementary School principal Patricia Moore told CBS News. “Every four years we continue it. We can’t skip an election nationwide, so we can’t skip it in our school.”

The school is a melting pot, Moore said, which may have contributed to its accuracy over the years.

“We have minority groups, students that speak English as a second language, white collar, blue collar,” Moore said. “It could be representative of the nation.”

Tom McAdams, who was a fifth-grade social studies teacher at the time, began the political process nearly 50 years ago with third through sixth-grade students.

“Every year since Nixon, we’ve correctly predicted [the outcome of the election] based on the popular vote,” Moore explained. “We do our own electoral votes based on enrollment in the classes.”

For months, the students have been learning about the candidates, who they only know as “Candidate A” and “Candidate B.” Instead of voting based on personalities and popularity, the students focus on the issues at hand.

“We talk about exact facts and issues and put them on two sides of a spreadsheet,” Moore said. “Then the students debate the facts in class.”

Eventually, the students were told which candidate they had been siding with, and with that in mind, they were ready to make their decision.

On Wednesday, in small groups of about five, the students stepped into a voting booth to write down a candidate of their choice.

By the end of the school day, after teachers calculated the votes and added them to a spreadsheet, there was a clear winner: Hillary Clinton.

Now all that’s left to do is wait -- and staff is starting to feel the pressure.

Our “palms are sweaty,” said Moore ahead of Election Day on Nov. 8.