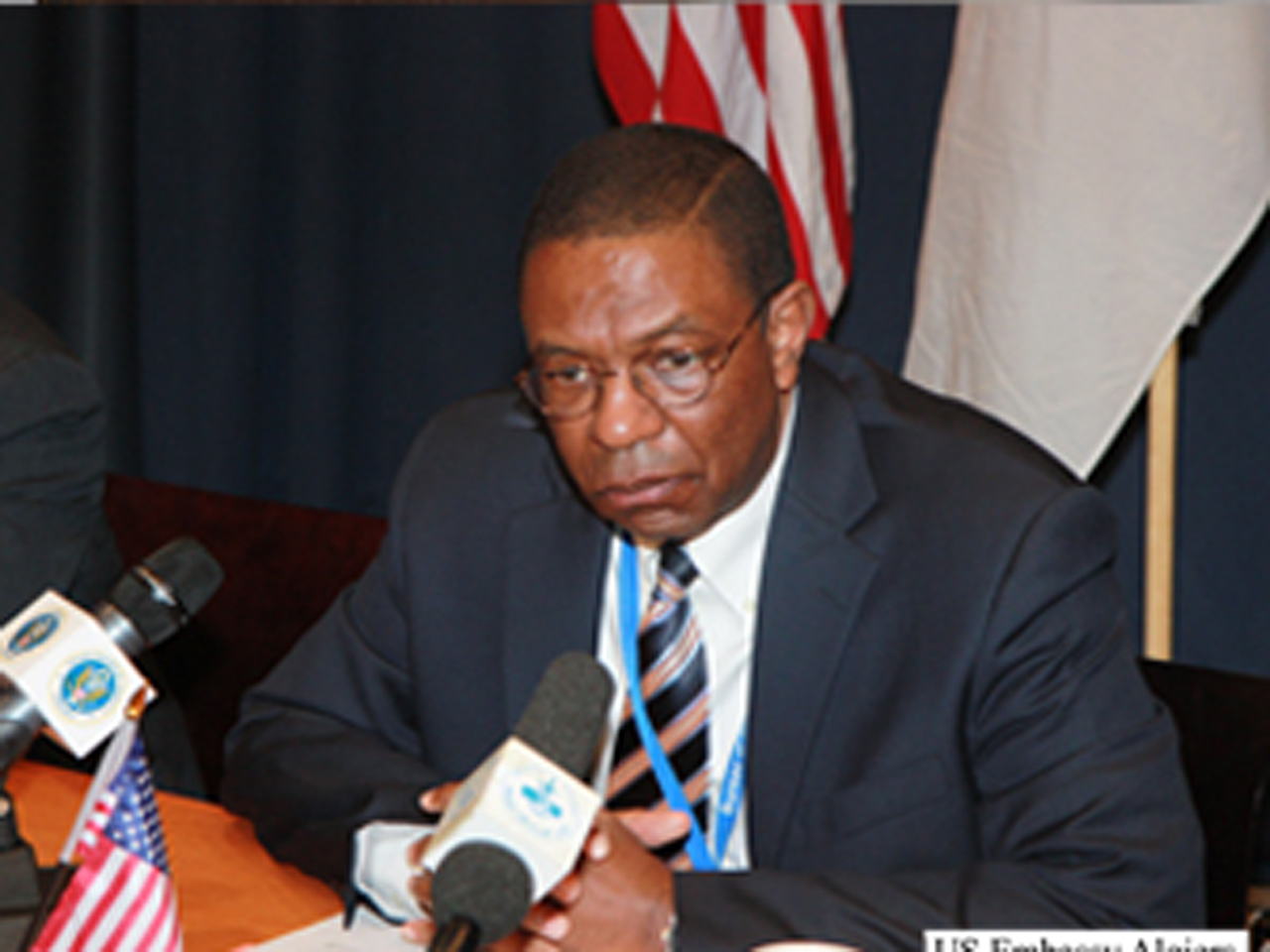 Raymond Maxwell -- one of the four State Department officials disciplined over security lapses that led to the attack on the U.S. Consulate in Benghazi, Libya, last year -- is also a prolific poet. And he's been publishing provocative verses since he was put on administrative leave December 18.

Some of the poetry represents scathing commentary on the post-Benghazi fallout and implies that he feels like he's been made a scapegoat. In "Trapped in a purgatory of their own deceit," Maxwell writes in part: "The web of lies they weave / gets tighter and tighter / in its deceit / until it bottoms out - / at a very low frequency - / and implodes...Yet all the while, / the more they talk, / the more they lie, / and the deeper down the hole they go... Just wait.../ just wait and feed them the rope."

It's a bold and almost shocking verse from the 20-year foreign-service worker who was the well-respected deputy assistant secretary for Maghreb Affairs in the Near East Bureau and former Chief of Staff to the Ambassador in Baghdad. Fluent in Portuguese, Maxwell is also an ex-Navy "mustanger," which means he leapt from enlisted ranks to commissioned officer.

An African-American, Maxwell makes use of lynching imagery in his poem entitled "Invitation," a commentary about being put on administrative leave December 18th after the State Department's Accountability Review Board (ARB) criticized pre-attack security in Libya.

The poem reads, in part: "The Queen's Henchmen / request the pleasure of your company / at a Lynching - / to be held / at 23rd and C Streets NW [State Dept. building] / on Tuesday, December 18, 2012 / just past sunset. / Dress: Formal, Masks and Hoods- / the four being lynched / must never know the identities/ of their executioners, or what/ whose sin required their sacrifice./ A blood sacrifice- / to divert the hounds- / to appease the gods- / to cleanse our filth and /satisfy our guilty consciences..."

U.S. Ambassador Christopher Stevens and three other Americans were killed in terrorist attacks at U.S. missions in Benghazi. Poor security was faulted by the ARB review board. Former U.S. ambassador Thomas Pickering, who led the review, was quoted in the final, unclassified report as saying blame was fixed "at the assistant secretary level...where the decision-making in fact takes place, where...the rubber hits the road." The ARB, in essence, was seen to have cleared higher-ranking State Department officials, including then-Secretary of State Hillary Clinton, of direct fault on the issue of inadequate security.

It's unclear as to exactly what Maxwell and the other disciplined managers allegedly did wrong or how they were chosen for discipline. Three are on paid administrative leave. When asked for more details, the State Department did not respond prior to publication of this report.

Maxwell declined an interview, saying his poetry best expresses what he has to say.