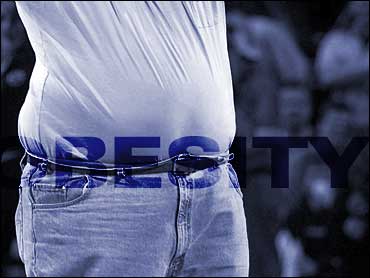 Restaurant consultant John Imbergamo drives to work but he takes time for a daily walk, either through Washington Park near his home or from his office to clients downtown.

"I end up walking a lot. It's easier than getting in my car and driving, especially downtown," said the 6-foot-1 Imbergamo, who at 280 pounds says walking is his main form of exercise. "Hopefully walking helps me keep my weight where it is."

Now researchers at the University of Colorado at Boulder have better news for walkers: Strolling can help obese adults burn more calories per mile than brisk walking and might even lower the risk of arthritis and injuries to the joints than picking up the pace.

Doctoral student Ray Browning and his colleagues studied 20 men and women of normal weight and 20 considered obese as they walked set distances at different speeds. They found the obese people burned more calories walking at a slower pace for a longer time than walking at a faster speed.

It might be just the incentive needed for people turned off by the traditional advice to take at least five brisk walks, 30 minutes at a time, per week.

About 60 million Americans age 20 or older are considered obese, according to the National Center for Health Statistics. Their health care costs amount to about $100 billion a year, according to The American Obesity Association.

Browning says vigorous exercise can decrease the risk of heart disease and other chronic illnesses, but a slow walk can help people stay active while easing the stress on their joints. Obese adults are more at risk for knee osteoarthritis, which can cause painful stiffness.

"We're not at all advocating less physical activity, or less vigorous activity. We're just saying slow walking might be a way to burn a few extra calories a week," said Browning, a former professional triathlete.

Browning's team is trying to expand on the idea that walking at a more leisurely pace puts less stress on a person's lower body.

Another study is aimed at unlocking a surprise the Colorado researchers came across:

Previous research showed that a person of normal weight who tried to emulate an obese person by wearing leg weights and walking with a wider leg swing spent 50 percent to 100 percent more energy to walk. But in the latest study, the team found obese individuals spent only about 10 percent more energy than their lighter counterparts.

His team guessed that obese people may walk with a straighter leg so the skeleton — rather than muscles — support their weight, or that they walk with shorter, faster steps. It could be a year or two to find an answer.

"People have speculated on whether differences in the cost of energy expenditure are a factor in weight gain. He's got a way to measure that now," said James Hill, head of the Center for Human Nutrition at the University of Colorado at Denver.

If researchers can unlock the answer, they can find ways for people to spend more energy simply by walking — and sometimes by walking slowly.

"The message we need to give people is, get out and walk," said Hill, whose group America on the Move encourages walking and small cutbacks in calories to lose weight. "Any speed is fine. Some speeds are better than others, but get out and do it."