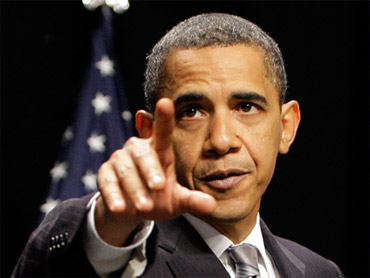 
As I write, the Senate Finance Committee has yet to release its version of healthcare reform legislation, and Harry Reid has announced that the Senate won't vote on any healthcare bill until after the August recess. This is worrisome. The future of progressive politics and the nature of the American social contract, not to mention the lives and health of millions of our fellow citizens, is up for grabs.

Strangely, though, you wouldn't really know it from listening to the pronouncements emanating from the White House. Instead, they're focused with laserlike precision on "bending the curve." Testifying before Congress in June, Council of Economic Advisors chair Christina Romer said she wants "to focus on slowing the growth rate of costs...the so-called curve-bending that can last for decades." Office of Management and Budget director Peter Orszag emphasized in a recent interview that "the legislation that emerges from this process has to contain key provisions that will bend the curve over the long term." And even before he took office, President Obama said that "the key is going to be medium-term and long-term, how do we bend the curve so that we start getting these deficits down to a manageable level?"

In this case the "curve" is the projected increase of healthcare expenses over the next several decades. Healthcare currently accounts for 17 percent of GDP (more than in any other industrialized nation), and its share is growing. This predicted inflation in healthcare costs will drive up the cost of Medicare and Medicaid, which if allowed to grow at the current rate will eventually bankrupt the government. Therefore, reforming healthcare is crucial to keeping America solvent. This is true and right and compelling enough, so far as it goes.

But in politics there are two kinds of issues: those that make your cheeks flush and inspire passion, and everything else. The integrity of our bodies, the care loved ones will or will not receive when they fall ill, the fear and misery that beset millions of people who are cruelly left to a prison of nagging illness because they don't have routine care--those are in the first category. Long-term fiscal deficit projections are decidedly in the latter.

In its healthcare messaging, the White House has taken an issue more intimate and immediate than perhaps any other in a voter's life and transformed it into an abstract, technical argument about long-term actuarial projections. It's a peculiar kind of reverse political alchemy: transforming gold into lead.

Of course, there's a certain logic to the White House approach: despite widespread public support for reforming the healthcare system, a desire for more choices and pervasive insecurity about the stability of coverage, a majority of people think that their health insurance is just fine. The trick then is to promise two contradictory things: that healthcare reform will change the system while leaving your healthcare intact. In what at first appeared a deft bit of jujitsu, the White House settled on the long-run-cost argument as the way to pull this off.

But now we're seeing the problems with this approach. For one, converting a moral and political argument into a technical and accounting one ends up ceding veto power to the accountants at the Congressional Budget Office. In a Beltway version of Revenge of the Nerds, every time a Democratic bill comes out of committee it's sent to the CBO to be "scored"--that is, to evaluate how much it will cost and how much it will "bend the curve" on future costs. So far, the results have been mixed. CBO head Doug Elmendorf has been skeptical about the gains to be had from measures like health IT and wellness programs, and both the House and Senate bills have been scored as revenue neutral over the next ten years. In another context that would be great news, but since healthcare is being sold as a way to reduce the deficit, revenue neutral doesn't quite cut it.

The other problem is broader than just these pieces of legislation. Obama has inherited a shared political vocabulary in Washington (with phrases like "fiscal discipline," which he himself employs) that shapes the contours of the possible and semantically militates against progressive politics at every invocation. If "fiscal discipline" meant that politicians support tax increases on the wealthy or cuts to the military budget to pay for programs, it would be a useful concept. But what "fiscal discipline" means in Washington is cutting government. It means no taxing and no spending. It means "pain" and "sacrifice" and gutting the welfare state. When politicians say they're "fiscally conservative," what it actually means is they're conservative. Full stop.

Even with his mandate and the broad social forces moving America toward a progressive majority, Obama doesn't have the time (and may not have the inclination) to undo three decades of accumulated right-wing, antigovernment rhetoric. So in order to strike while the iron is hot, he's attempting to use the language of fiscal conservatism to pull off a marginally progressive shift in the social contract.

But the rhetoric of "fiscal conservatism" also empowers the enemies of reform. When "moderate" Democratic senators on the Finance Committee, Max Baucus and Kent Conrad, finally unveil their secretly crafted version of healthcare reform, which reports indicate will include neither an employer mandate nor a public option, they can claim it fulfills the president's goal of "bending the curve." By cutting subsidies and reducing the number of Americans covered, their plan could still manage to come in under the magical $1 trillion mark. Since the CBO's Elmendorf has been intimately involved in crafting the bill, that seems assured. What Congress could end up with, then, is a bill that costs less than others but doesn't, you know, provide universal healthcare.

The policy argument the president is making is sound: more government intervention, a public option and broader coverage will reduce costs in the long run. But this causes so much cognitive dissonance that mainstream media figures are incredulous. And that skepticism, along with industry propaganda claiming that a public option will limit choices, is, not surprisingly, showing up in public opinion. A recent Washington Post/ABC News poll found support for Obama's healthcare agenda at 49 percent, down from 57 percent in April.

So what to do? If there's a silver lining to the fact that Congress will enter its August recess without a bill, it's that the White House and advocates of real reform will have a chance to modify their pitch. If there was ever a time for Obama's vaunted and much-anticipated grassroots army Organizing for America (OFA) to do its thing, it's now. Since it's closer to the actual lived experience of voters, OFA may have superior instincts about what kinds of messages resonate. Recently it undertook an effort to compile stories from people about their experiences with a broken healthcare system, like this one:

I am 36 years old and have Blue Shield HMO health insurance coverage through my employer. In January 2009, I was diagnosed with metastatic (stage 4) breast cancer.... My doctors prescribed a medication that targets and removes the cancer throughout the body like a "smart bomb"; however Blue Shield of California denied coverage of my doctors' recommended treatment. Blue Shield also denied a radiation procedure that would target and remove the two lesions in my brain. In both cases, Blue Shield denied the original requests and subsequent appeals I filed on the grounds that the treatments are not a medical necessity. I have learned that insurance companies will use "medical necessity" as an excuse to not cover treatment when it appears that the patient is "too sick" (read: not worth it).

Stories like this strike me as a whole lot more potent than talk about "bending the curve."

By Christopher Hayes:
Reprinted with permission from The Nation