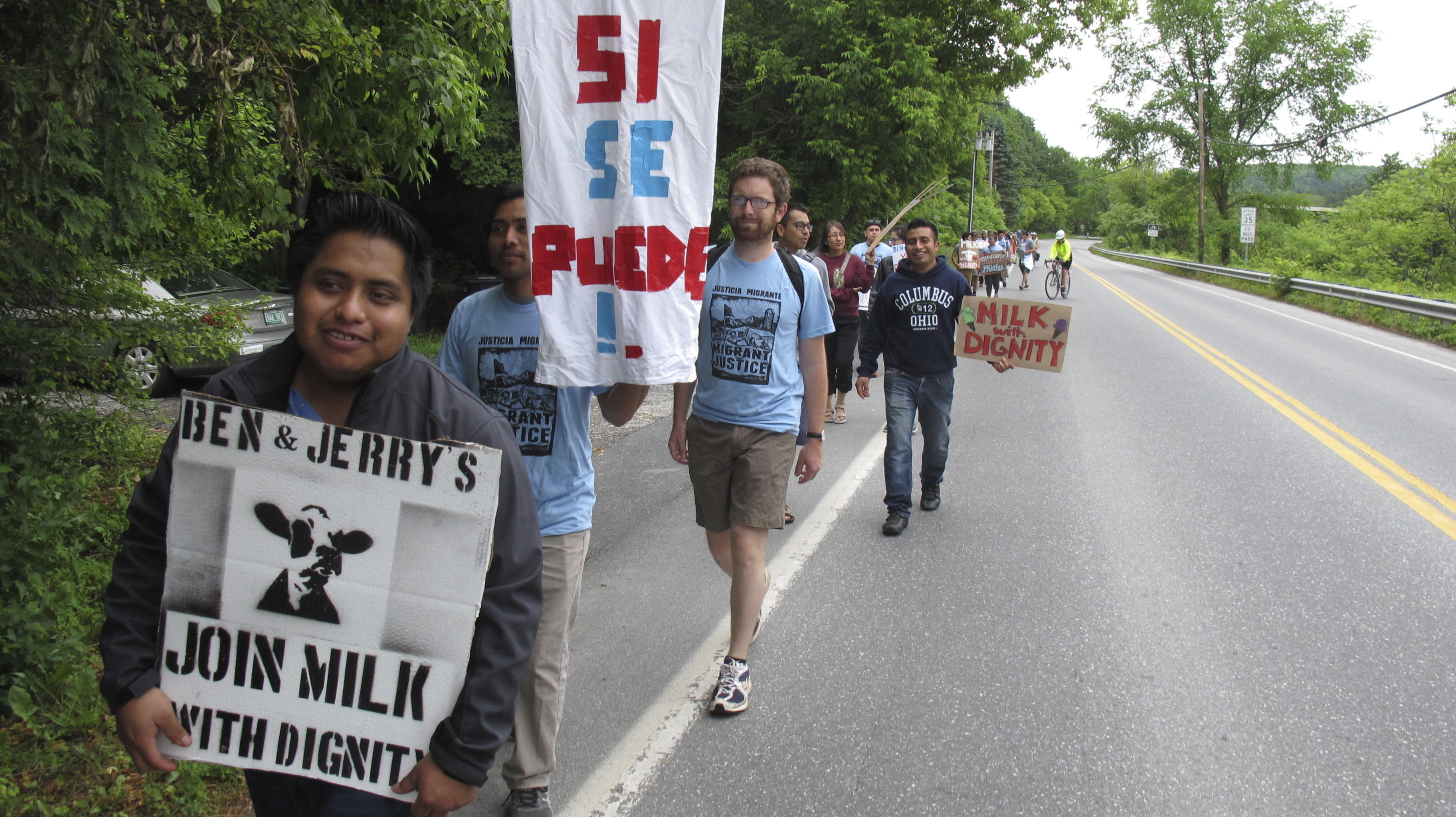 ST. ALBANS, Vt. -- Two immigrant dairy farmworkers have been arrested on immigration charges after marching to the Ben & Jerry's factory in Vermont to call for better pay and living conditions on farms that provide milk for the ice cream maker.

The Vermont Department of Corrections says Yesenia Hernández-Ramos and Esau Peche-Ventura, both from Mexico, are being held. The group Migrant Justice says they were arrested Saturday night while returning to the farm where they live and work in Franklin County.

Border Patrol officials say an agent on regular patrol pulled over the couple's car Saturday around 10 p.m. Officials say the agent developed "reasonable suspicion" to stop them because of where and how they were driving, CBS affiliate WCAX-TV reports.

Migrant Justice says the workers have been turned over to U.S. Immigration and Customs Enforcement and they will be held in state jails before they appear in court, WCAX-TV reports.

Migrant Justice is planning a rally Monday outside the ICE office in St. Albans. It says four group leaders have been arrested by immigration authorities in the past year and have been released after public pressure.