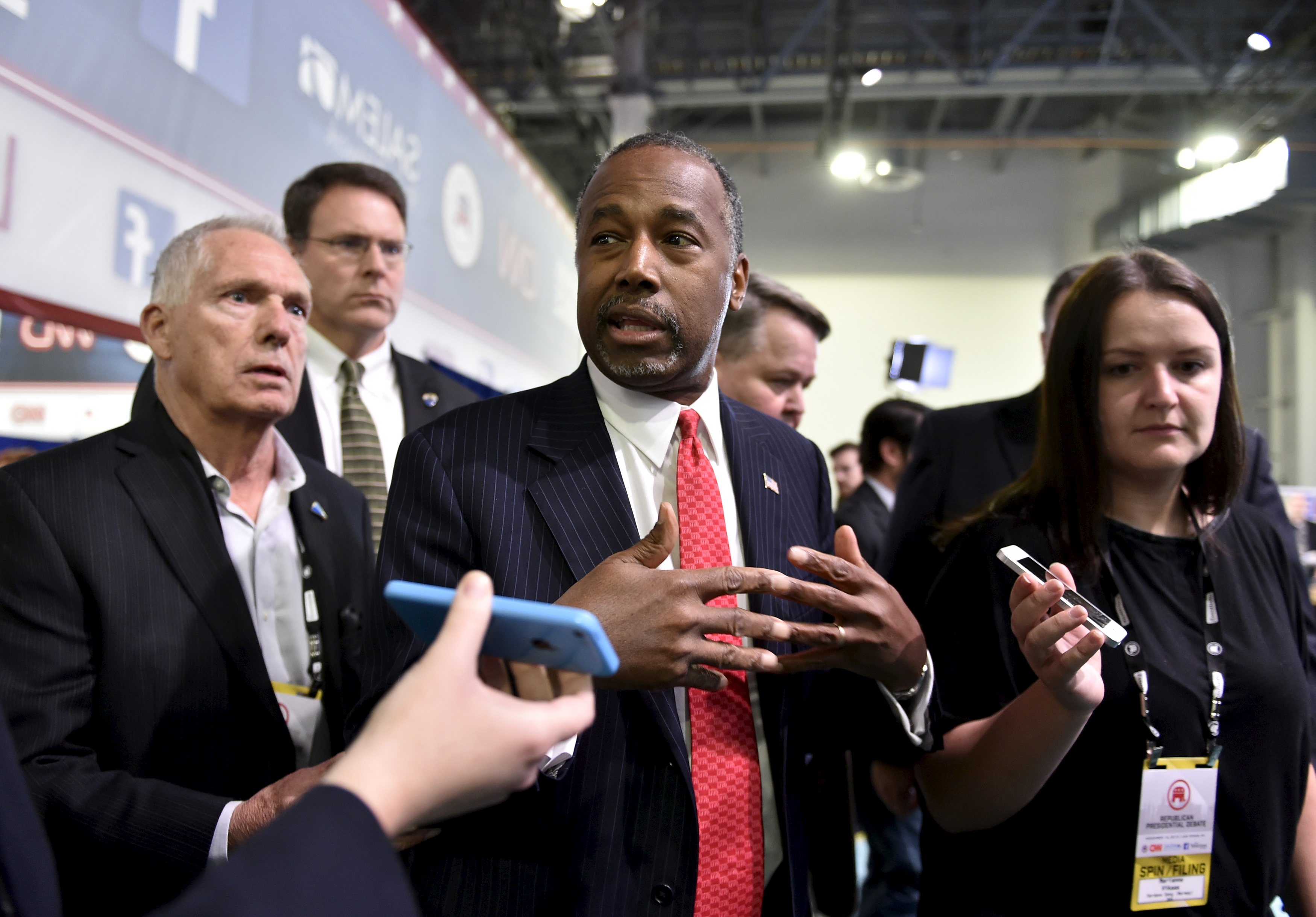 Retired neurosurgeon Ben Carson believes that he would only serve in the White House for a single term if he wins the 2016 presidential election, saying that unpopular policies he plans to enact would sink any chances of getting elected a second time.

"If I'm successful in this endeavor to become president of the United States, it's very likely I would be a one-term president," Carson said at a Republican gathering in Las Vegas on Wednesday, the Wall Street Journal reported. "Because there are some tough things we have to attack."

"We cannot continue down this path," Carson added. Carson seemed to be asserting that he'd lose a second term because the difficult things he'd tackle would not be considered politically popular, or politically correct.

Carson criticized Republicans for demanding a candidate who aligns with all their ideals: "Republicans have this mental disorder sometimes that says, 'A person doesn't agree with me 100%, I'm not with them, I'm going to go and sit down.'"

He added: "You know, I believe that was a disease that was implanted by the Democrats....That's what they want you to do. As long as you feel that way they've got it, they've got it in the bag."

Being politically incorrect has become a tenet of Carson's presidential campaign. The GOP contender has been known to make inflammatory comments, like suggesting that closing U.S. borders for Syrian refugees was akin to the process of stopping "rabid dogs."

During Tuesday's fifth Republican primary debate, Carson said that "We have to get rid of all this PC stuff. And people are worried about if somebody's going to say that I'm Islamophobic or what have you. This is craziness because we are at war. That's why I asked Congress -- go ahead and declare the war."

The Republican candidate has slipped in the polls in recent weeks, losing some of his early-state supporters to other rising presidential contenders like Texas Sen. Ted Cruz.