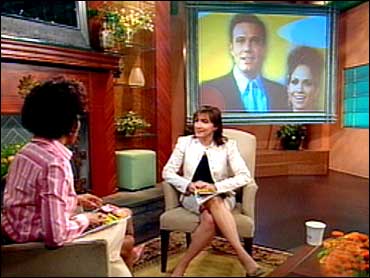 Ben Affleck and Jennifer Lopez postponed their much-hyped wedding Wednesday because they say they didn't want the day spoiled by excessive media attention that might have forced them to hire as many as three decoy brides for different sites.

As celebrity reporters from around the globe prepared to trek to the Santa Barbara area this weekend to stake out the ceremony, Ben and J.Lo - a romantic phenomenon the gossip columnists have dubbed "Bennifer" - announced that they have decided to delay the event.

"Due to the excessive media attention surrounding our wedding, we have decided to postpone the date. When we found ourselves seriously contemplating hiring three separate 'decoy brides' at three different locations, we realized that something was awry," said a joint statement released by Dan Klores, Lopez's New York-based spokesman.

Star magazine editor Bonnie Fuller tells The Early Show co-anchor Rene Syler, "I think it was the media frenzy, but like any normal bride-to-be, there were other things that were making Jennifer Lopez nervous. Apparently, there was a problem with her dress fitting, a problem with her mom's dress, a problem with the invitations, some family feuding going on. So I think that these other factors possibly contributed."

Us Weekly magazine had reported that the vows and reception would occur at Sotto Il Monte, a private $29 million estate in the Montecito area, near Santa Barbara. Guests, including Matt Damon, Bruce Willis, Matthew Perry and Alec Baldwin, were set to be shuttled to the wedding from nearby resort hotels, the magazine said.

Now, Fuller says the location will be at a different place. "Definitely not in Santa Barbara. If they're going ahead, we hear they are, it's going to be under the radar. But I wouldn't hazard a guess at this point."

The Star recently reported Lopez had been suffering premarital jitters. But Fuller says that, although the couple probably got cold feet when it comes to tying the knot, they are still very much together.

"In fact, they were out to dinner the night of the announcement. They went to a very public dinner at the Ivy restaurant," she says. "They've been through a lot definitely in the last six weeks, but we hear that Jennifer is totally devoted to Ben, committed to the relationship; she really wants a family; he really wants a family. We do hear the wedding will go on in the future."

Some celebrity journalists fear the postponement report could be a fake-out to dupe the press.

"I think it's a good possibility. I think it's at least 50-50 that the wedding will still take place this weekend," said Fuller, who oversees 14 magazines including the Enquirer, the Star and the Globe.

If or when the wedding happens, it will be the third for Lopez, 33, and the first for Affleck, 31. The couple met while filming this summer's infamous bomb "Gigli."

Previous rumors about the wedding have placed it in Kauai, Hawaii; Atlanta and Scotland. Affleck himself has teased reporters by saying: "It is in Namibia on Nov. 15. So you go ahead and fly on down, and we'll see you there."