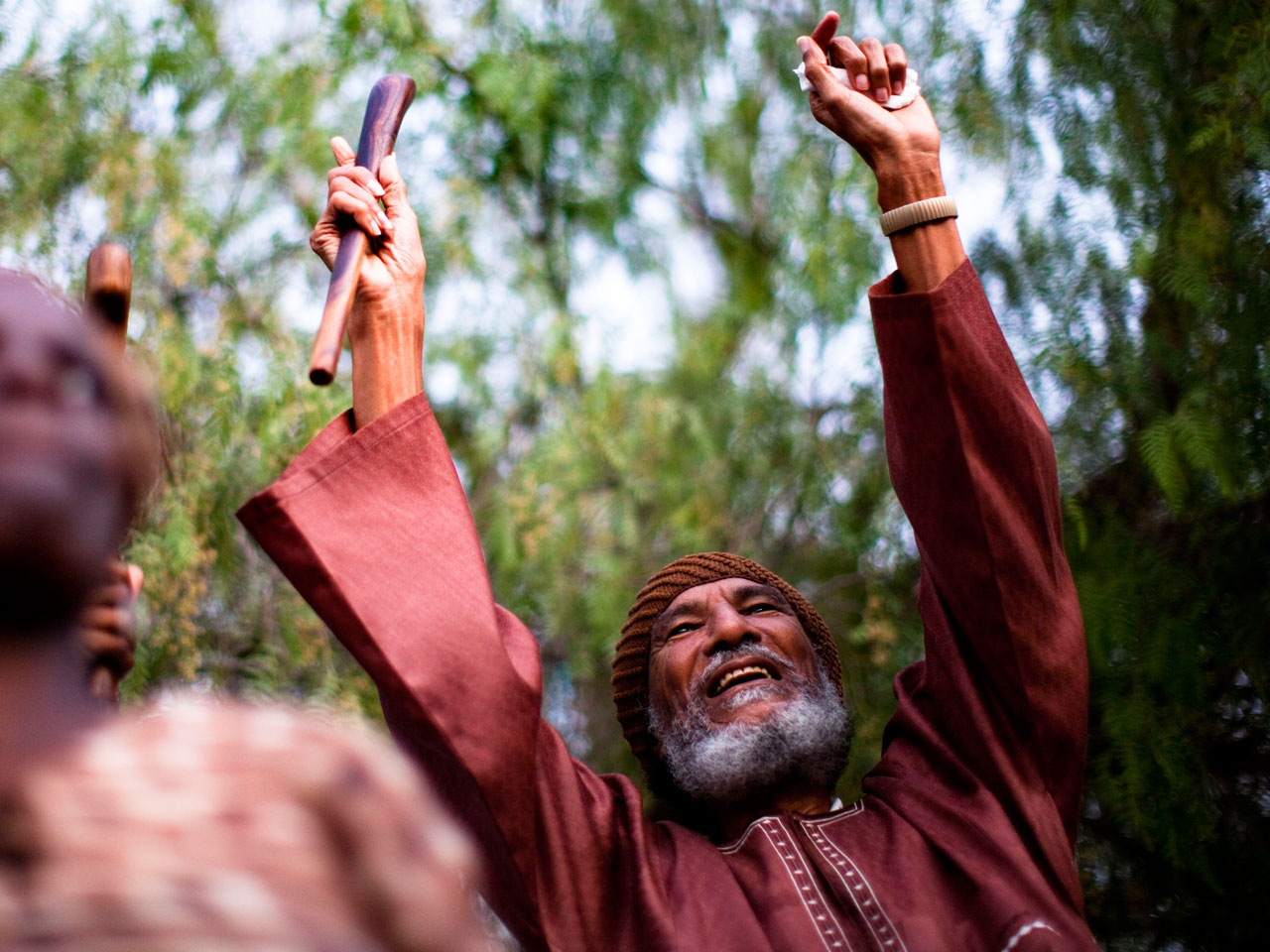 JERUSALEM - The spiritual leader of the African Hebrew Israelites, a movement that believes some black Americans are the descendants of an ancient Israelite tribe, has died in the southern Israeli town where he brought his followers four decades ago, the polygamous vegan group said Sunday.

Ben Ammi Ben Israel died Saturday at the age of 75, the group said. He was born Ben Carter in Chicago in 1939. The group considers him the Messiah.

He maintained that some black Americans were descendants of the biblical tribe of Judah. He said they migrated to West Africa after the destruction of the Jewish Temple in Jerusalem in A.D. 70 and were eventually sold as slaves to the United States centuries later.

In 1966, he had a vision that the angel Gabriel told him to "return to the holy land by way in which we came," Yafah Baht Gavriel, a spokeswoman for the group said.

He then gathered his few hundred followers, mainly from Chicago, and led them to Liberia, the West African republic settled by freed slaves in the 19th century. In a statement, the group said that time was spent "shedding the many detrimental habits that as an enslaved people, they had acquired."

They moved to Israel in 1969 and settled in Dimona, a poverty-stricken town in the southern Negev desert, which was then a melting pot for immigrants. "Ben Ammi's immense love for the Land of Israel remained constant throughout his life - from the initial awakening to his Hebraic roots," the group said.

But Israel didn't know what to make of the newcomers, who adopted Hebrew names and a West African style of dress, and the government was unsure where they fit under the country's "Law of Return," which gives citizenship to almost any Jew who requests it.

The group refused to convert to Judaism, even though it would have entitled them to citizenship. They considered themselves the true Jews of ancient Israel, and they followed a lifestyle they said was based on the Torah and Ben Israel's teachings, but without traditional Judaism's rabbinical interpretations.

Members dress in colorful, self-made clothes, practice polygamy, shun birth control, and refrain from eating meat, dairy products, eggs and sugar. The group has about 3,500 members in Israel and thousands more in the U.S, the Caribbean, Africa and the U.K.

The African Hebrew Israelites say they have chosen a way of life dedicated to serving Yah, or God. They address each other as "saint."

At first they were met with a mixture of welcome, skepticism and bewilderment. But over time, the community, known in Israel as the "Black Hebrews," became widely accepted.

Many of them entered Israel as tourists and were in the country illegally until the Interior Ministry granted them temporary residency in 1992. They were granted residency status in 2003.

The group also does aid work in Africa. In Ghana, a country where it says tribes have Hebraic connections, members teach organic farming methods and have drilled dozens of water wells.

Several members have achieved prominence. Two singers from the group represented Israel in the annual Eurovision song festival in 1999. Another singer was killed in a Palestinian shooting attack at a Jewish family celebration in the Israeli city of Hadera in 2002.

The group said it was shocked by the passing of their beloved founder.

"While obviously deeply saddened at the loss of our Holy Father's physical presence," said Ahmadiel Ben Yehuda, a spokesman, "we are nevertheless emboldened in knowing that his spirit truly lives in each and every one of us. His example and focused commitment to Yah and His people will be an eternal flame in our hearts and a guiding light on our path."

He said the group's leader had been sick for about a year but would not disclose the cause of death, in keeping with the family's wishes.

A funeral date has not been announced. A memorial service is set for January 4.