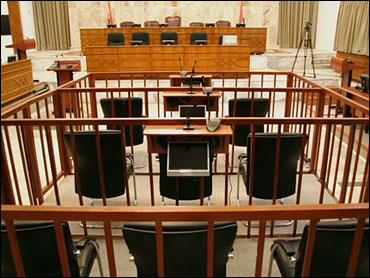 Tim Belcher pitched eight shutout innings and the Royals overcame their pregame punishment in a 3-0 interleague victory over the Houston Astros on Friday night.

"Sometimes incidents like that can spark a club," Belcher said. "You want to say thanks for watching my back. You never know."

Earlier in the day, the Royals learned of their penalties for Tuesday's brawl with the Anaheim Angels. Manager Tony Muser received an eight-game suspension, shortstop Felix Martinez was suspended five games, and pitchers Jim Pittsley and Scott Service got two-game suspensions.

Coaches Rich Dauer and Jamie Quirk were fined but not suspended.

"I think you come out and play baseball regardless of what happens in the future," Muster said. "If you're a professional, you go out and do what you can today and don't worry about tomorrow."

Belcher (5-6) won for the fourth time in five decisions. He scattered seven hits, struck out three and allowed only one runner to reach third base.

Jeff Montgomery pitched the ninth for his 10th save.

"It could have sparked us," third baseman Dean Palmer said of the brawl penalties. "It can affect you and bring everyone together."

The Astros lost despite outstanding pitching by Pete Schourek (2-4), who allowed only two hits and one run in seven innings. He had a season-high eight strikeouts and walked four in his longest outing of the season.

The first interleague game in the Astrodome this year drew 27,895. The Astros were averaging 23,979 at home going into the game.

The Royals, who snapped a four-game losing streak, got a run in the first when Jose Offerman singled and scored on Palmer's double to the right-field corner.

Schourek retired 16 of the last 18 batters he faced before J.R. Phillips pinch hit for him in the seventh.

"Schourek pitched great but we should have scored some runs," Astros manager Larry Dierker said. "I feel we've just got to swing the bats better. We're just in a hitting slump and we've got to get out of it."

Belcher is now 10-3 lifetime against the Astros.

"We faced him in the NL and he did the same thing. He's got such a good cutter," Houston's Derek Bell said. "You look to swing at it and the ball disappears. He was on his game tonight."

Notes: Luis Rivera, acquired from te Astros on June 3, started at shortstop for the Royals. Rivera was hitting .232 for the Astros' Triple-A New Orleans club. ... The Astros were 4-11 and the Royals had a 6-9 record in interleague play last season. ... Houston leads the NL with 68 stolen bases.