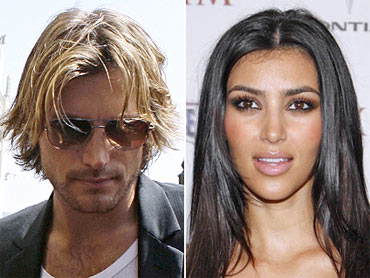 A car bomb hit the motorcade of Lebanon's outgoing deputy prime minister Tuesday, wounding him and killing at least one other person, officials said. A string of bombings has hit Lebanon this year, but this was the first aimed at a pro-Syrian politician.

The blast left one vehicle a charred and twisted wreck and damaged several others in the motorcade of Elias Murr, who is also the outgoing defense minister. Murr, who was slightly wounded, later released an audiotape from the hospital saying his was all right. At least 12 other people, including the Mexican ambassador's wife, were also wounded, officials said.

President Emile Lahoud, Syria's staunchest ally in Lebanon, has reportedly been pressing for Murr — his son-in-law — to be given a position in the new government that anti-Syrian politicians are trying to put together. The anti-Syrian coalition that now controls parliament is trying to form a Cabinet without influence from Damascus' allies.

Murr has also been in conflict with Muslim militants after announcing last year the capture of a cell plotting attacks on foreign embassies and diplomats. One of the militants arrested in that sweep, an alleged al Qaeda leader, died in police custody.

The midmorning blast, which reverberated across the Lebanese capital, took place in the northern district of Naqash on a road Murr routinely takes from his residence in Rabiya to Beirut. The area has numerous villas, foreign embassies and diplomatic residences near the blast site.

A vehicle packed with explosives went off as Murr's motorcade passed, police said. The explosion knocked out a 6-foot-wide crater in the pavement and flung the booby-trapped vehicle over the stone wall of an adjacent villa. Murr's smashed car came to rest several yards from the crater.

Murr, who had been driving his own car, staggered out of his damaged vehicle, bloodied and leaning on passers-by who rushed to help, witnesses told Lebanese television.

In another car, a member of his escort, his abdomen and face bloodied, was screaming in agony. The wounded man, conscious, wept as he was pulled out of the front passenger seat through the vehicle's roof.

Speaking from his hospital bed later, Murr said: "Thank God, it's OK ... The country is going through a difficult period and we all have to bear that."

Murr's father, longtime politician Michel Murr, said his son had suffered wounds in the face and burns in his legs and arms and was currently in the operating room. "I want to assure you that his life is not in danger," he told reporters at the hospital, where Lahoud and other politicians went to check on his condition.

The state-run National News Agency said one person was killed and six wounded, including an army colonel and the ambassador's wife. Police put the number of wounded at 13.

Syria strongly denounced the assassination attempt against Murr, saying "this terrorist act is a new circle in the series of explosions and assassinations that aim at destabilizing Lebanon and weakening its national unity."

A statement carried by Syria's official news agency SANA said the "perpetrators are intricately connected to Lebanon's enemies and to the enemies of stability in the region."

Murr is the fifth person to be targeted for assassination over the past year — but the first pro-Syrian among them to be hit.

The other attacks have targeted leading critics and political opponents of Damascus — most notably former prime minister Rafik Hariri, killed in a Feb. 14 blast. Anti-Syrian politicians accused the Syrian government and its allies in the Lebanese intelligence services of seeking to kill its rivals in Lebanon.

In September, Murr — the interior minister at the time — announced he uncovered an al Qaeda-linked plot to bomb the Italian and Ukrainian embassies in Beirut, assassinate Western diplomats and attack Lebanese security facilities.

Ten people were arrested, including Ismail Mohammed al-Khatib, who authorities claimed was the leader of an al Qaeda network in Lebanon. Al-Khatib died in police custody — of a heart attack, according to officials — but his followers blame authorities for his death.

In October, former economy minister Marwan Hamadeh survived a car bomb explosion with serious injuries. His bodyguard was killed. Hariri's assassination in February led to mass anti-Syrian protests and intensified international pressure that forced Syria to withdraw its army from Lebanon in April.

But even after the Syrian withdrawal, bombings continued. Anti-Syrian journalist Samir Kassir and former Communist Party leader George Hawi were killed in separate bombings of their cars in June.