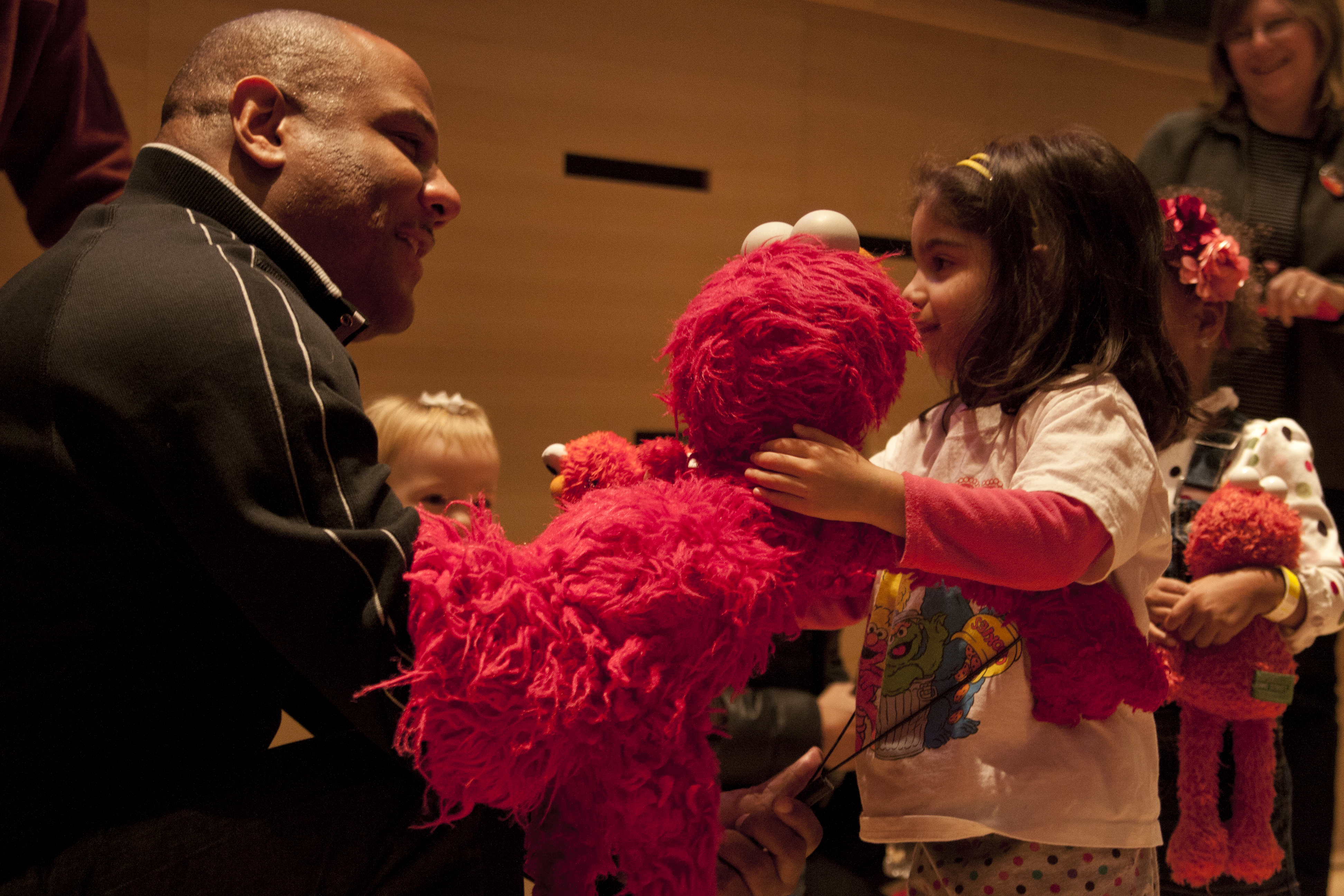 (CBS) A little tuft of red fur comes up from out of a black sports bag and a huddle of children, all smiles, rushes towards Kevin Clash, who at this point, has become Elmo.

"Being Elmo" is a new documentary detailing Clash's lifelong journey of becoming the voice, personality and life behind one of the most beloved characters on "Sesame Street."

In a neighborhood outside of Baltimore at the age of 10, Clash, now 51, was enchanted with the puppets on "Captain Kangaroo" and the just-starting "Sesame Street." He began making his own creations at home and holding puppet shows for neighborhood kids. These eventually grew in popularity, and gave him a chance to try out different puppet characters.

The film, "Being Elmo," traces Clash's path from those modest shows to relative fame, to a pivotal moment -- meeting Jim Henson. It was a "dream come true for somebody who always wanted to work with the Muppets," Clash told CBS News.

From there Clash worked on a series of projects, eventually leading him to "Sesame Street."

"Seeing Big Bird for the first time, I turned into a little kid," Clash said, as he described his first magical visit to the show's set.

Once Clash was there, Elmo eventually took shape. And the rest, well, that's history.

Elmo is perhaps the most famous "Sesame Street" puppet. The "Tickle Me Elmo" doll has usually sold out on Black Fridays nationwide. Children, parents, and even this blogger have all melted in his presence.

Clash shed some light on why Elmo and kids go together like peanut butter and jelly: "Elmo's all about love. It's what kids want. They want love, love, love; 24-seven."

And that's what you get with "Being Elmo." It's a film about so many different kinds of love -- a boy's love of imagination, parents' love for their son, a man's love for his passion and everything that is fun and whimsical.

The audience knows it's watching a movie about someone who has truly chased his dream, with intense passion. In one of the best scenes, Clash first walks around the "Sesame Street" Muppet workshop and then opens a drawer full of "eyes." He's completely in awe. When a scene so simple can be this moving, you're in the right theater.

Being Elmo" is currently playing in New York at the Film Society of Lincoln Center's Elinor Bunin Munroe Film Center.