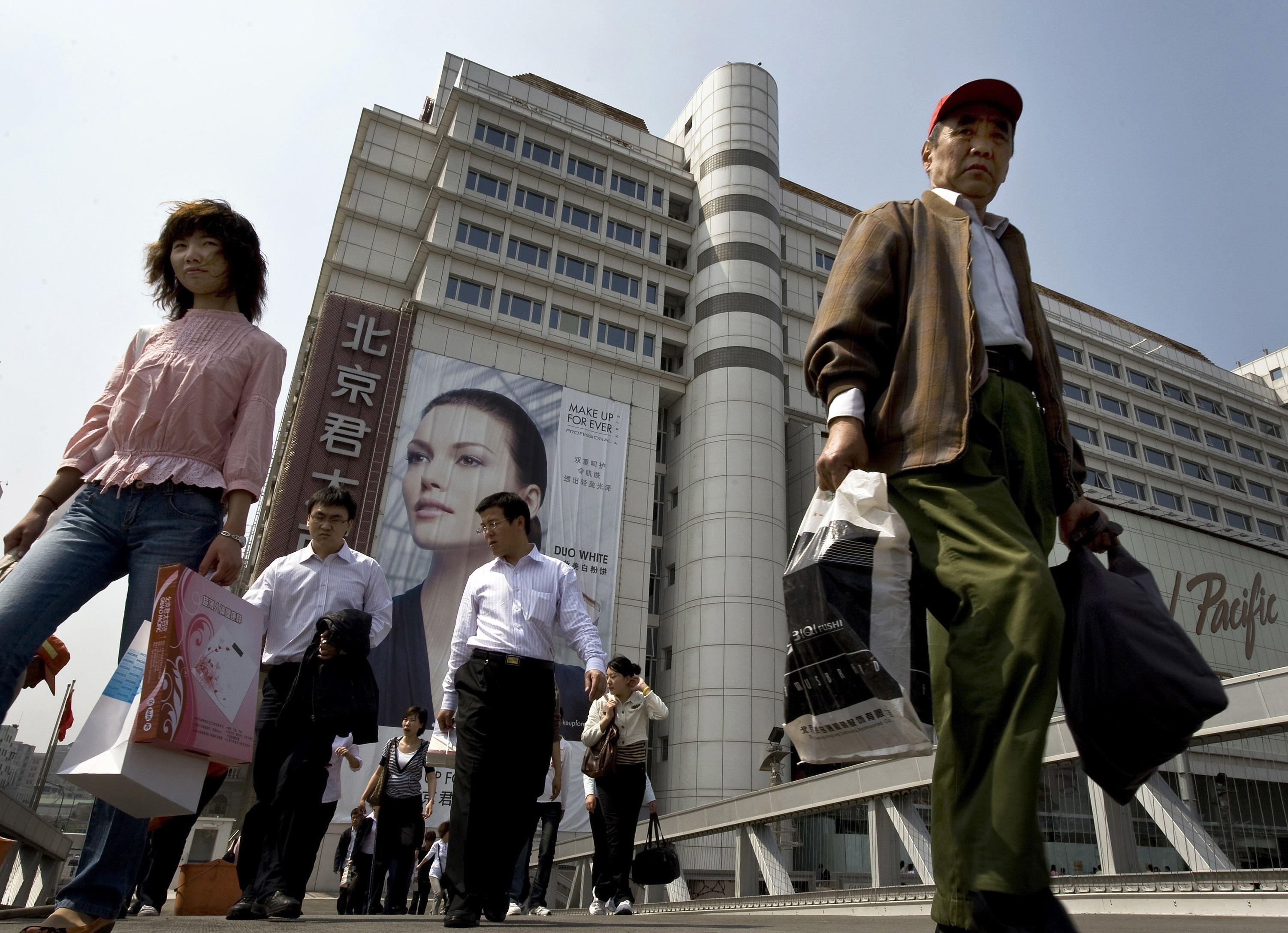 BEIJING -- Police say a 35-year-old man with a personal grievance attacked 13 people with a knife in a busy shopping mall in Beijing on Sunday, killing one. A woman died from her injuries after being sent to a hospital, the city's Public Security Bureau said in a brief statement.

The 12 other victims in the attack suffered injuries that were not life-threatening, it said.

Police provided only the alleged assailant's surname, Zhu, and said he confessed to the authorities that he carried out the attack at Joy City, a mall in Beijing's Xidan district, to "vent his personal discontent."

Video clips posted on Chinese social media sites showed mall patrons fleeing from what was described as a restaurant on the sixth story. One clip showed a man staggering out, apparently hurt from the attack, dripping blood on the floor as a security guard rushed to help him. Other clips showed people being rushed away on gurneys and a large number of uniformed police in the mall.

In one piece of footage that appeared to be surveillance video of a restaurant, a man could be seen lunging at someone seated at a table with what seemed to be a knife. People scrambled to get away, flipping tables and pushing chairs at the man. The video could not be independently verified.

Because Chinese law tightly restricts the sale and possession of firearms, mass attacks are generally carried out with knives or homemade explosives.

Perpetrators of similar attacks in the past have been described as mentally ill or bearing grudges against society.

Many of those incidents have occurred at schools, dating back to a series of attacks in 2010 in which nearly 20 children were killed, prompting a response from top government officials and leading many schools to beef up security.