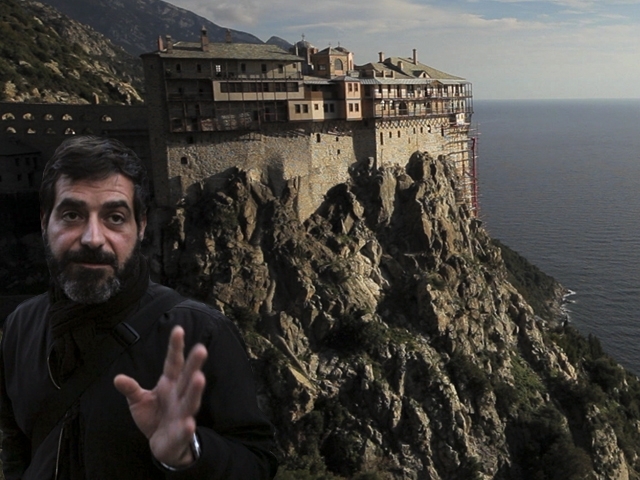 "60 Minutes" producer Michael Karzis is the perfect tour guide to take you behind the scenes on the show's Mt. Athos story. Karzis is the son of Greek immigrants and he speaks Greek. Those things surely helped as he and fellow producer Harry Radliffe tried to get permission to film a "60 Minutes" story on the otherworldly Mt. Athos, a self-governed peninsula in Greece that's home to 20 monasteries and some 2,000 monks.

But getting permission was no easy task. "The parliament that exists there, the holy community, is the only parliament on the face of the Earth that has been continually in session since the 10th century," says Karzis. When the veteran producers of "60 Minutes" came calling, the Holy Community wasn't impressed.

"They said, 'Thank you very much but, get in line,' says Karzis. "I mean, the BBC's been knocking on the door for 40 years. The French, the Germans, they've all wanted to come."

When they appealed to the powerful abbots who run individual monasteries on Mt. Athos, Karzis and Radliffe finally had a breakthrough.

Watch part one and part two of Bob Simon's report on Mt. Athos.

"We just built trust," says Karzis. "And they understood that we would do our best to distill the essence of monastic life, the beauty of the place, and what makes Mt. Athos unique in this world."

Once Karzis and Radliffe got their invitation, many more challenges were to come, as you'll learn in this "60 Minutes Overtime" travelogue. Mt. Athos is a peninsula located in Europe, but heavy seas make it remarkably difficult to access. (It's believed that the Virgin Mary herself was shipwrecked there.)

If you're interested in visiting Mt. Athos as a pilgrim, these "60 Minutes" videos are arguably the best visual record ever created and the best place to start your research. If you're a woman, these videos may be the only way you'll ever see Mt. Athos. No women allowed.

Rick Rubin's stripped down approach to making music
Thanks for reading CBS NEWS.
Create your free account or log in
for more features.
View CBS News In
CBS News App Open
Chrome Safari Continue
Be the first to know
Get browser notifications for breaking news, live events, and exclusive reporting.