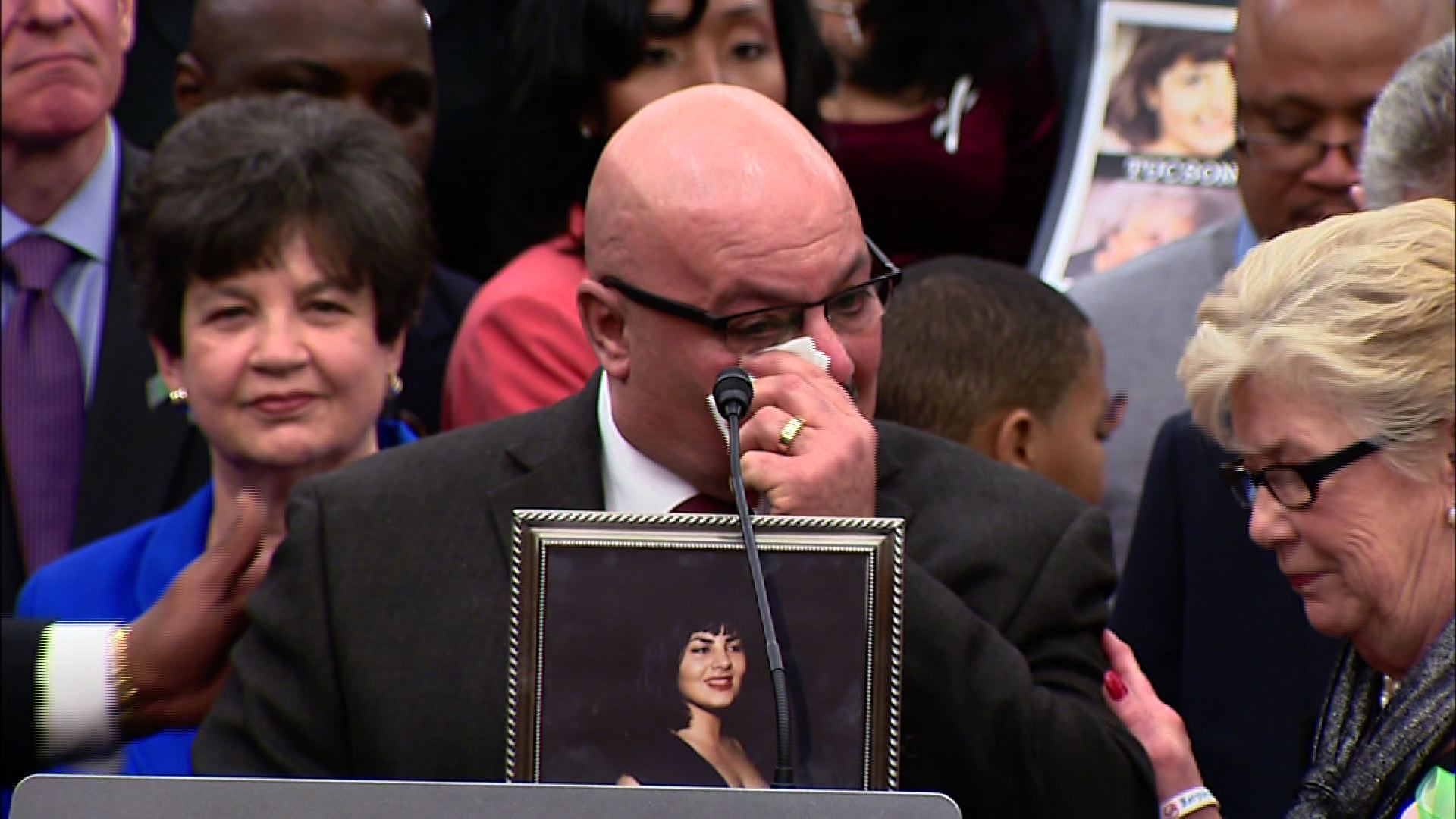 Over 20 House Democrats have invited victims of gun violence as guests to the president' State of the Union address tonight, and this afternoon, several of those Democrats and their guests held a news conference to demand action from Congress to reduce gun violence.

Introducing the victims, Rep. Jim Langevin, D-R.I., himself a victim of a gun accident that left him paralyzed, said, "For all of us who are here today, this issue is personal in some way."

Langevin noted the "people across this country who are demanding that Congress act to strengthen our gun laws," and added, "For our effort to be successful, our elected officials must hear our outcry, and they must hear the stories of those who have been impacted by gun violence."

In remarks that were frequently choked with emotion, several of the victims who lost loved ones to gun violence described how their personal experience with tragedy moved them to join the fight to strengthen America's gun control laws.

"She was full of goodness, and some good will come out of her death, and this is the time and the place," Daniel added.

Sami Rahamim, who lost his father to a workplace shooting, declared, "Whether gun violence enters your life in a mass shooting, or in a single-victim murder, the pain is no greater nor less."

"As the president has said, if we can even save one life from a death of gun violence, we have the obligation to try," he said. "However, I believe if we pass the Fix Gun Checks Act, ban assault weapons effectively, and limit high capacity magazines, we will save many more than just one life."

Jim Tyrell, who lost his sister Debbie to gun violence, said, "[W]e ask you people out there in Congress - you say to yourself, 'Well this didn't happen to me,' ...but I say to you, 'It could happen to you, and it might happen to you if you don't help pass this.'"

Cleopatra Cowley, whose daughter Hadiya Pendleton was gunned down in Chicago on January 29, will be attending the State of the Union tonight as the guest of first lady Michelle Obama. She said, "I'm here today because gun violence affected my life and has affected the rest of my life. No one should feel the way we do."

Her message to Congress was simple: "You guys signed up for the job. Do something."