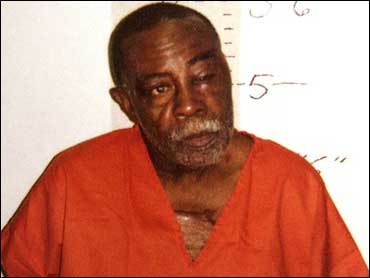 A federal civil rights investigation has been launched into the police beating of a man in the French Quarter of New Orleans on Saturday night.

But the victim said he does not believe the beating, all caught on tape by a TV crew, was racially motivated. Robert Davis, a 64-year-old retired school teacher, is black. The officers who beat him were white.

Speaking out for the first time Tuesday morning on The Early Show, Davis said the incident started when he asked a question of a black police officer who was on a horse.

"This is one of the things that I want to clear up," he said. "Everybody is thinking this is race-related. I'm black, they're white, OK? The black officer who was on the horse, he could have probably prevented this because that was the man that I was speaking to.

"I think he ? and this is just my opinion, I have no proof of it ? but I think he sanctioned the efforts of the other officers, you know? So I don't think it in any way is racially motivated.

"What I'm concerned about is that it doesn't give the city of New Orleans a name that, 'Hey, this is all they do.' "

Two city officers accused in the beating, and a third officer accused of grabbing and shoving an Associated Press Television News producer who helped document the confrontation, pleaded not guilty Monday to battery charges. A trial date was set for Jan. 11. Afterward, officers Lance Schilling, Robert Evangelist and S.M. Smith were released on bond.

Davis said he was in New Orleans to check on property his family owns. He said he left his hotel Saturday night to buy a pack of cigarettes and has no idea why he was targeted. He said he approached the officers because he was concerned about the city curfew.

"And from there, that's when it began. There was another police officer who interrupted me. I told him that that was very rude and unprofessional. And I proceeded to move on across the street going to the store. And all of a sudden, I was hit by this officer, who was white, in the eye and thrown up against the wall. And from there, it's kind of hazy."

Police have accused Davis of public intoxication but he says he had nothing to drink that night.