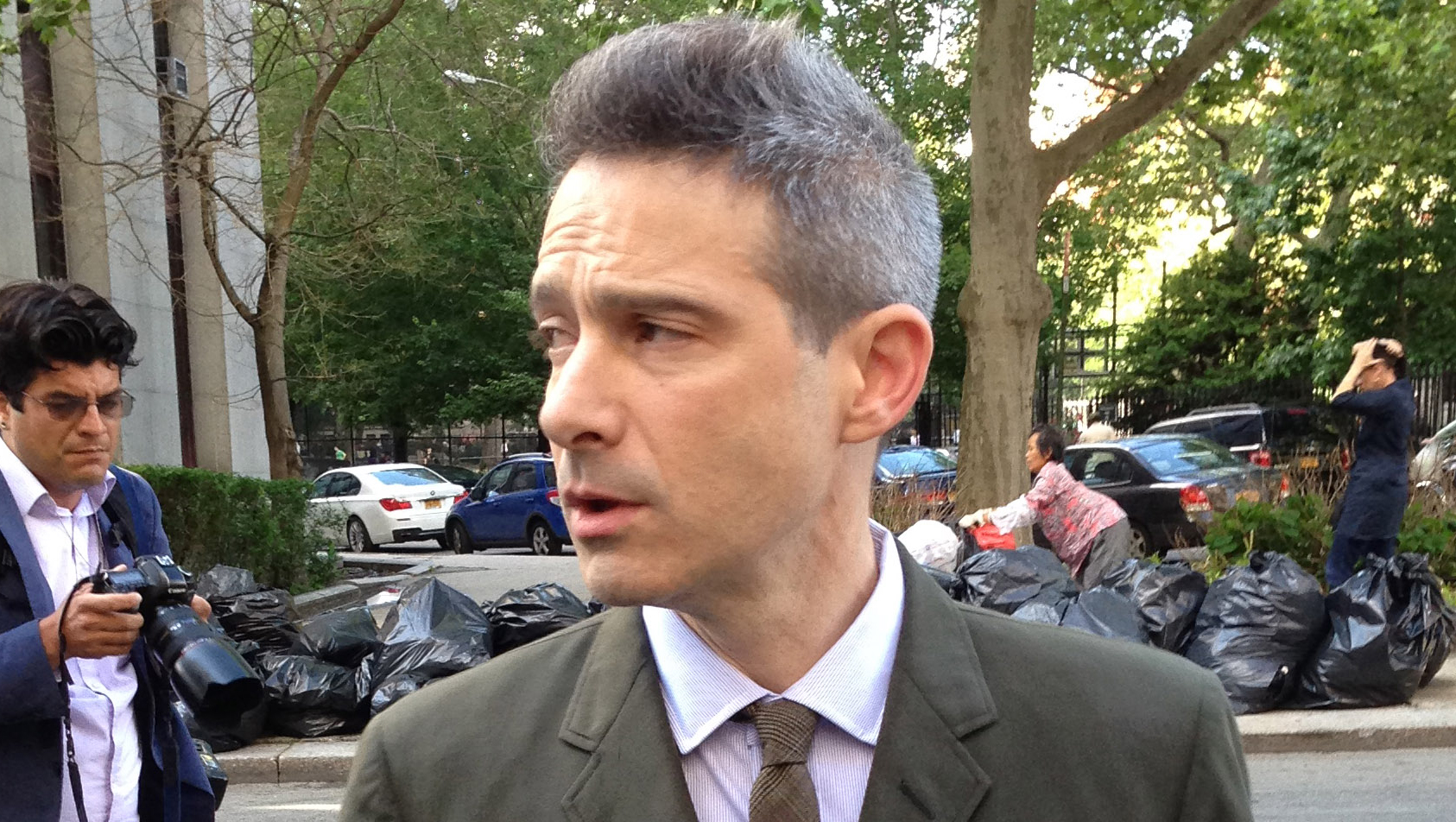 It's a rap: Beastie Boys have won $1.7 million in a copyright violation case against the maker of Monster Energy drink.

Thursday's ruling ends a case in which the two surviving members of the band testified about their staunch opposition to the use of their music in commercial endorsements.

"We're happy," rapper Adam "Ad-Rock" Horovitz said outside the courtroom after the federal court jury in Manhattan returned its verdict after a day of deliberations.

The Corona, California-based Monster Energy Co. had admitted wrongly using Beastie Boys songs in a video that was online for five weeks. But the beverage maker insisted it should owe no more than $125,000. Beastie Boys had sought $2 million.

Horovitz clasped his wife's hand tightly in the first row of spectator seating as the judge read aloud a verdict in which jurors found Monster had committed willful copyright infringement involving five songs: "Sabotage," "So Watcha Want," "Make Some Noise," "Pass the Mic" and "Looking Down the Barrel of a Gun."

The jury also awarded an additional $500,000 after finding that Monster used the bands' persona without permission, suggesting a false endorsement of Monster's products.

The sometimes lighthearted New York rappers were humorless at trial, with Horovitz sitting intently through testimony and deliberations for a case he clearly took seriously. As it became clear the band was getting almost everything it asked for, Horovitz nodded in agreement with several of the findings. He hugged his wife after the verdict.

Outside court, he said the band wanted to thank the jury. Jurors had already left the building, with each of them declining comment.

Lawyers for Monster said the company would appeal.

The eight-day trial featured testimony from Horovitz and bandmate Michael "Mike D" Diamond, who also attended the trial most days. Another member of the band, the gravelly-voiced rapper Adam "MCA" Yauch, died in May 2012 at age 47 after a nearly three-year battle with cancer.

Diamond testified that the band is protective of and dependent for revenue on its existing catalog of music since Yauch died.

"We cannot tour. We cannot make recordings," he said.

Beastie Boys, inducted into the Rock and Roll Hall of Fame in 2012, have turned out four No. 1 albums and sold more than 40 million records as they helped bring hip-hop to the mainstream over the last three decades. In 1986, they topped the charts with their debut, "Licensed to Ill," which include the anthem "(You Gotta) Fight for Your Right (To Party!)"