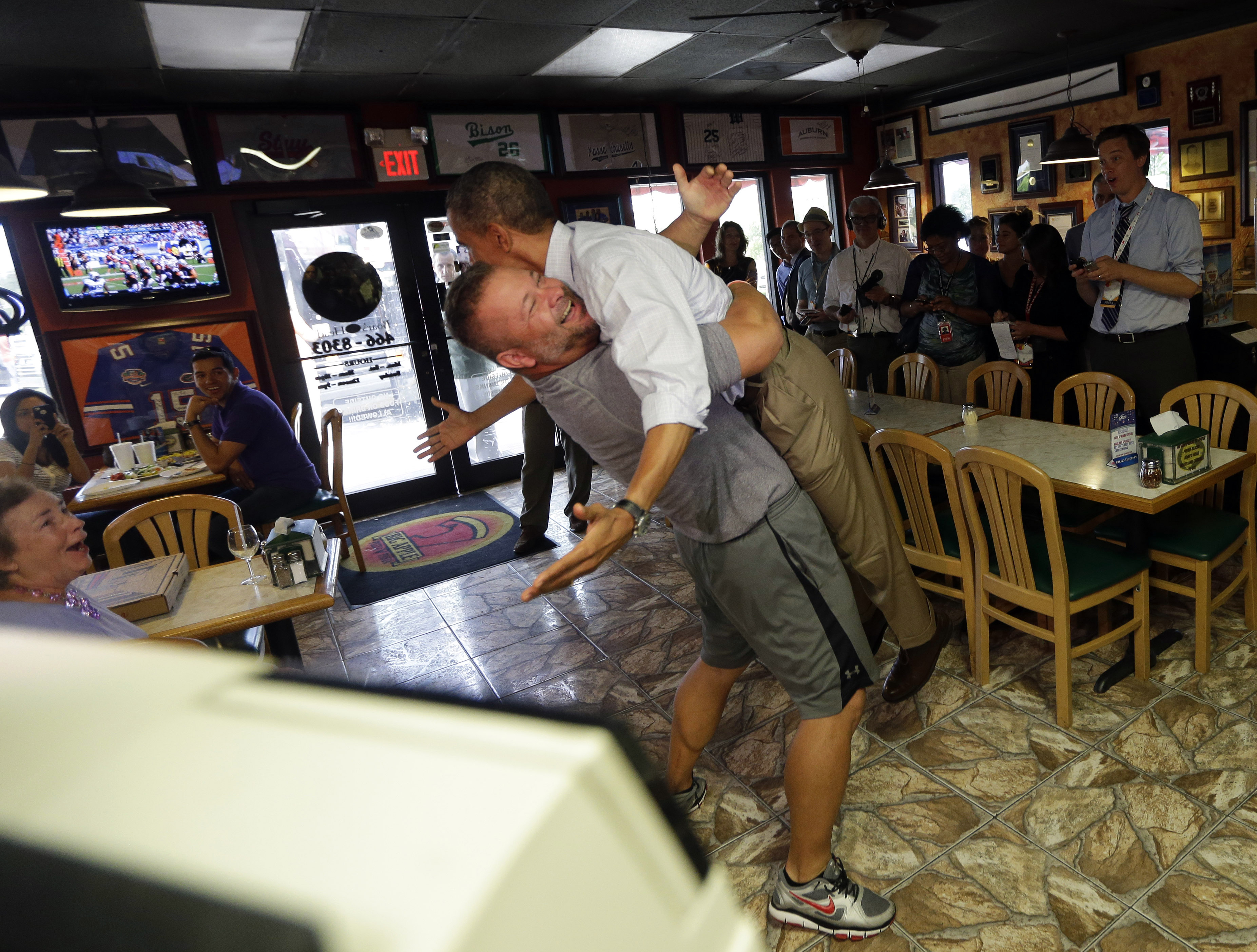 After President Obama stopped by and received a bear hug from owner Scott Van Nuzer, comments started being posted on the pizza shop's page on Yelp, a site for posting reviews of local businesses. With two 5-star reviews dating back to 2009, Big Apple Pizza's overall rating took a dive with new comments - from people living much further than the Fort Pierce, Fla., pizzeria will likely deliver - awarding 1 out of 5 stars.

"Well.. I'd eat there but after seeing the owner grab our leftist President I felt compelled to disrespect his establishment as much as the President disrespects our constitution. Shame on you Scott Van Duzer for thumbing your nose at all the small business owners this President has disrespected for the last four years. I guess you DIDN'T BUILD IT!
I hope you're prepared for many more Yelps like this!!! Maybe you weren't thinking, or maybe you are the only liberal pro Obama business owner, who knows.. but you won't get mine or anyone else's business for your treachery.

Owner states he is a Republican that supports Obama.

Talk about committing business suicide. After picking up Obama, your books are gonna be in the red pretty soon. Not too smart.

Yet they were quickly outnumbered by positive Yelp comments - also originating far from Florida - from people awarding five stars, and bringing the shop's overall rating back up. Among them:

Simply to balance out the idiots, like Mike A., who are reviewing a place because the owner was able to not hate someone that they did.

Congrats to one of the many small business owners in America! You help make up the backbone of this country. May you prosper for many years.
I am sorry Big Apple Pizza now has a politically-charged yelp, but woot! woot! for all the free publicity you have received!
Go America! Go all small business owners!! You one-star posters...you are looking like the Republicans who have voted against every single jobs bill. America is better than that.

Pizza is awesome, New York pizza is the best in the world, and if this place sells "Big Apple" pizza it must be worth a visit!
This review brought to you by a political independent who thinks it's wrong to vote down a business you've never visited just because the owner was hospitable to the President of the United States.

Good stuff...and the morons who vote 1 star because of politics, I hope you eat somewhere else and get the runs for a lifetime...and everyone is better off that you won't be around this restaurant.