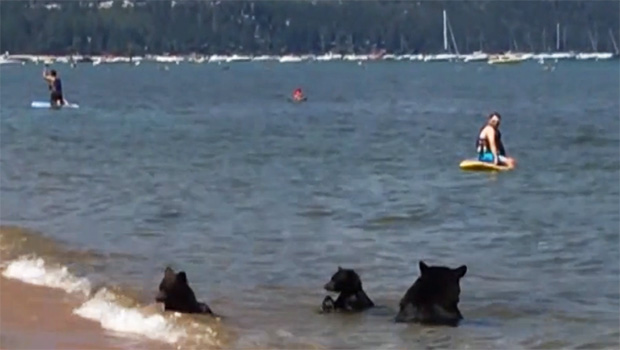 The bears were filmed in the water at Pope Beach in South Lake Tahoe, and uploaded to the Internet.

The bears reportedly retreated into the woods after their dip.