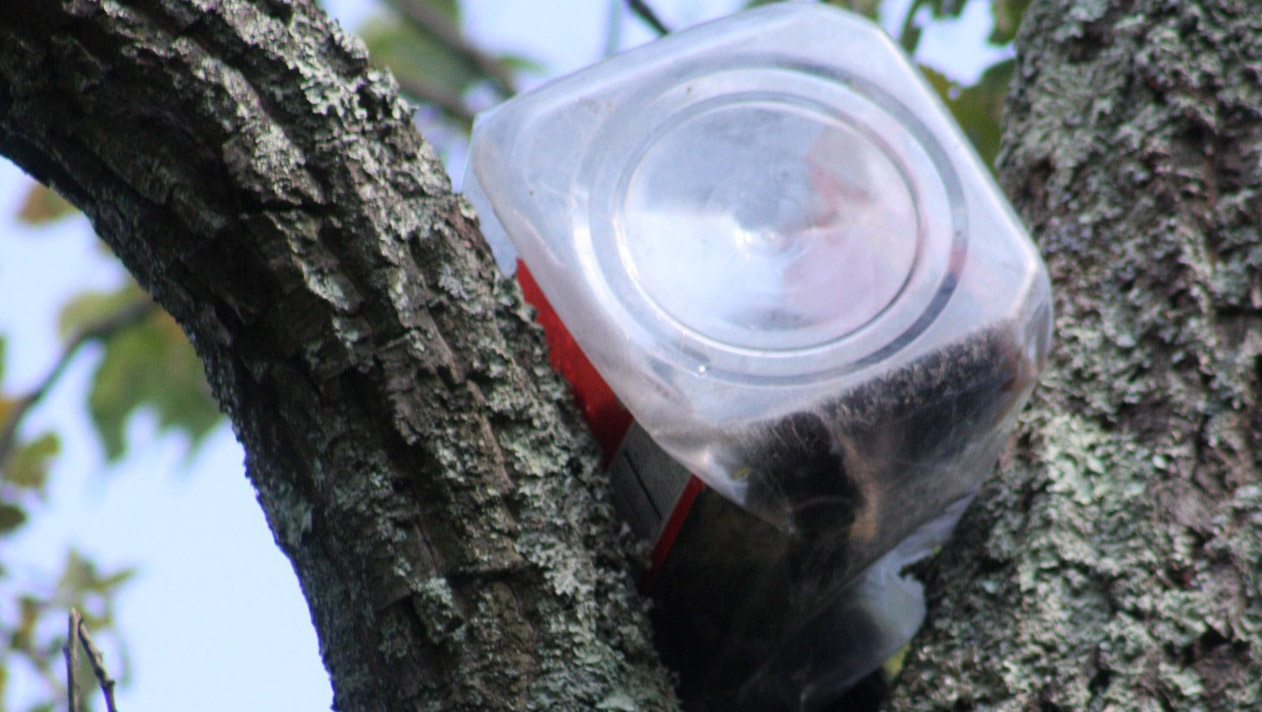 RINGWOOD, N.J. - A frightened bear cub got its head stuck in an oversized cookie jar while rummaging through some trash and had to be rescued from a tree in New Jersey.

As the 28-pound animal tried to eat what remained in the jar, the cub apparently pulled the container over its head and it got stuck.

The cub became spooked when approached and went up a tree, but got wedged about 40 feet up.

DEP staffers arranged netting in case the bear fell to the ground. After the animal was tranquilized by a DEP biologist, it was brought down and local firefighters gingerly cut the jar off its head.