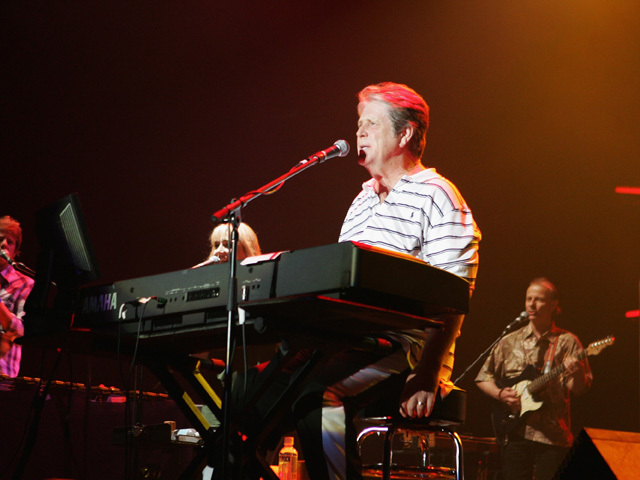 (AP) NEW YORK - It's almost winter, but get ready for some surf and sun: The Beach Boys are reuniting.

The founding members of the classic rock group — Brian Wilson, Mike Love and Al Jardine — announced Friday they are getting back together to celebrate their 50th anniversary. They're working on a new album and also plan a 50-date tour that will take them around the world.

"This anniversary is special to me because I miss the boys, and it will be a thrill for me to make a new record and be on stage with them again," Wilson said in a statement.

The group also includes Bruce Johnston and David Marks, both of whom have been with the band for decades.

The Rock and Roll Hall of Famers gave birth to the California rock sound. Back then, the band members were Love, Jardine, Wilson and his two brothers — Carl and Dennis Wilson, who have since died. With songs like "Good Vibrations," "I Get Around" and "California Girls," the quintet embodied the fantasy of West Coast beach life. Their albums, particularly "Pet Sounds," influenced rockers of their generation and beyond.

But Wilson suffered mental problems that caused him to withdraw from the band, and there were years of animosity between Love and Wilson, who are cousins, as well as lawsuits among members of the band. Still, they have gotten back together over the years, including for their 40th anniversary in the last decade.

Love remarked in the statement Friday on how he and Wilson were getting along well, sharing compliments together in the studio.

"Music has been the unifying and harmonizing fact of life in our family since childhood," he said. "It has been a huge blessing that we have been able to share with the world." Referring to a Beach Boy hit, he added: "Wouldn't It Be Nice to Do It Again? Absolutely!"

The group was supposed to announce their reunion as a surprise during the Recording Academy's live nominations special for the Grammys last month, but those plans fell through.

However, Jardine said the group planned to appear at the Feb. 12 Grammy telecast in Los Angeles.

"There will be a surprise at the Grammys," he told Rolling Stone. "We will do something really exciting. There's a lot of interest in it, which is nice. It's going to be a very big operation."

The Beach Boys first concert is scheduled for April 27 at the New Orleans Jazz & Heritage Festival.