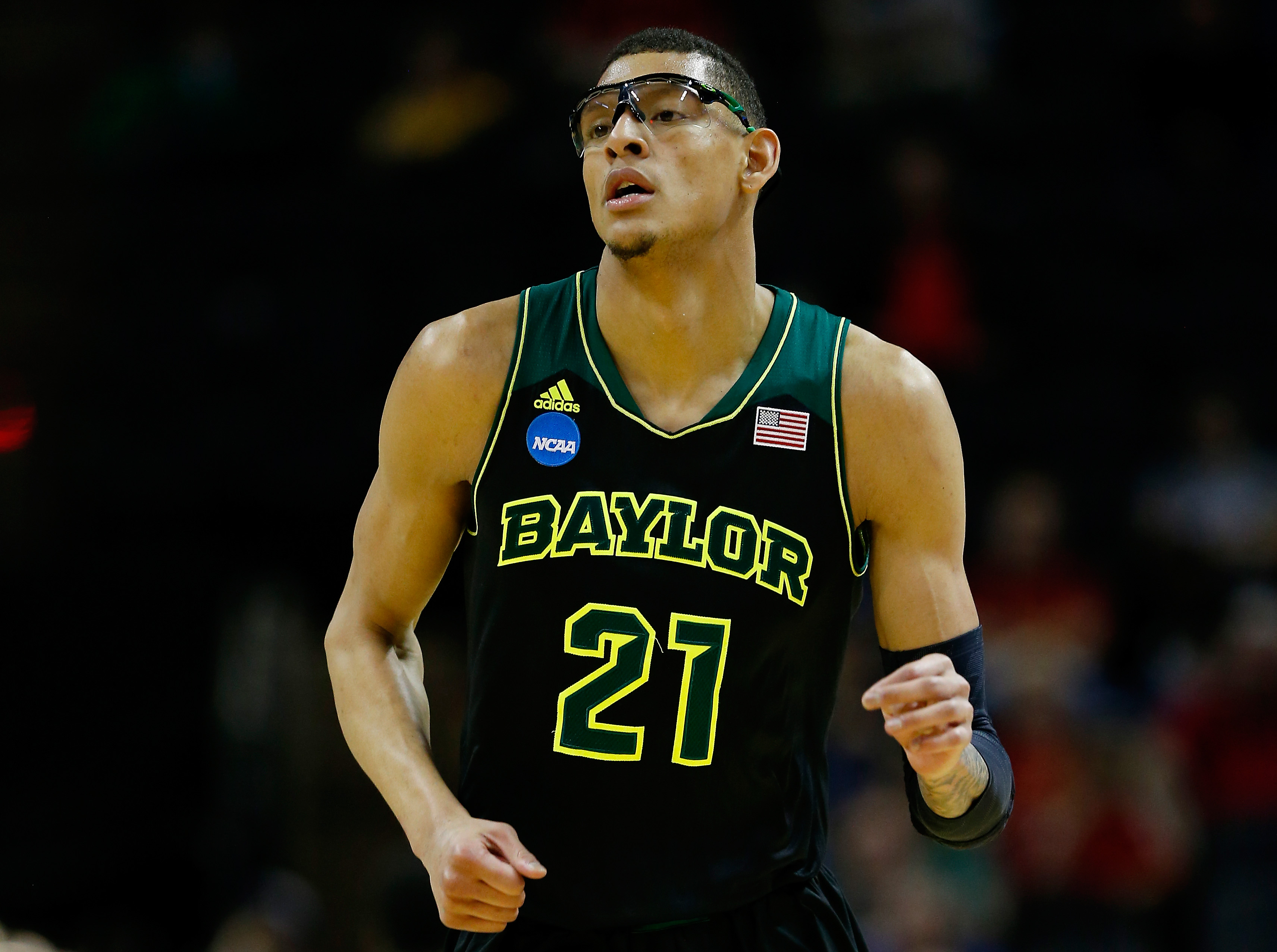 Star college basketball player Isaiah Austin's attempt to play in the NBA despite his partial blindness has ended because of a rare genetic disorder that affects his heart.

The former Baylor center, who left school early to enter this week's NBA draft, has been diagnosed with Marfan syndrome, which affects the body's connective tissue.

Baylor made the announcement Sunday. The condition was discovered during a physical for the draft, which is Thursday.

According to the Mayo Clinic, complications from Marfan syndrome can weaken the aorta, the artery that supplies blood from the heart to the rest of the body. Some symptoms can be treated with medication, but severe cases can be life-threatening.

"They told me that my arteries in my heart are enlarged and that if I overwork myself or push too hard that my heart could rupture," Austin said in a brief interview with ESPN, his voice halting as he fought back tears. "The draft is four days away and I had a dream that my name was going to be called."

In a message Baylor posted on Twitter, Austin still managed to express optimism for his future, saying "It's not the end, it's only the beginning."

The 7-foot-1 center declared for the draft after his sophomore season, in which he averaged 11.2 points and 5.5 rebounds on a Baylor team that reached the Sweet 16 of the NCAA Tournament before losing to Wisconsin, a Final Four qualifier.

During his final season with the Bears, Austin revealed that he had a prosthetic right eye after multiple operations couldn't repair a detached retina. The eye was damaged when a previous injury was aggravated doing a routine dunk before a middle school game.

When he lost his eye, "I felt like quitting, I felt like giving up," he told CBS News in March. "I was scared that college coaches weren't going to recruit me if they found out."

But he persevered, kept practicing to regain his bearing and skills on the basketball court, and by high school was ranked as one of the top five players in the country.

Now, with the diagnosis of Marfan syndrome, he's facing another serious challenge. Marfan affects about one in 5,000 people, according to the Marfan Foundation. People with the condition are often unusually tall and thin, and tend to have disproportionately long arms, legs and fingers, and may suffer a range of health problems ranging from mild to severe. Marfan can be inherited or the result of a spontaneous genetic mutation.

Baylor coach Scott Drew said he hopes Austin will return to Baylor to get his degree and eventually join the coaching staff.

"This is devastating news, but Isaiah has the best support system anyone could ask for, and he knows that all of Baylor Nation is behind him," Drew said. "His health is the most important thing."