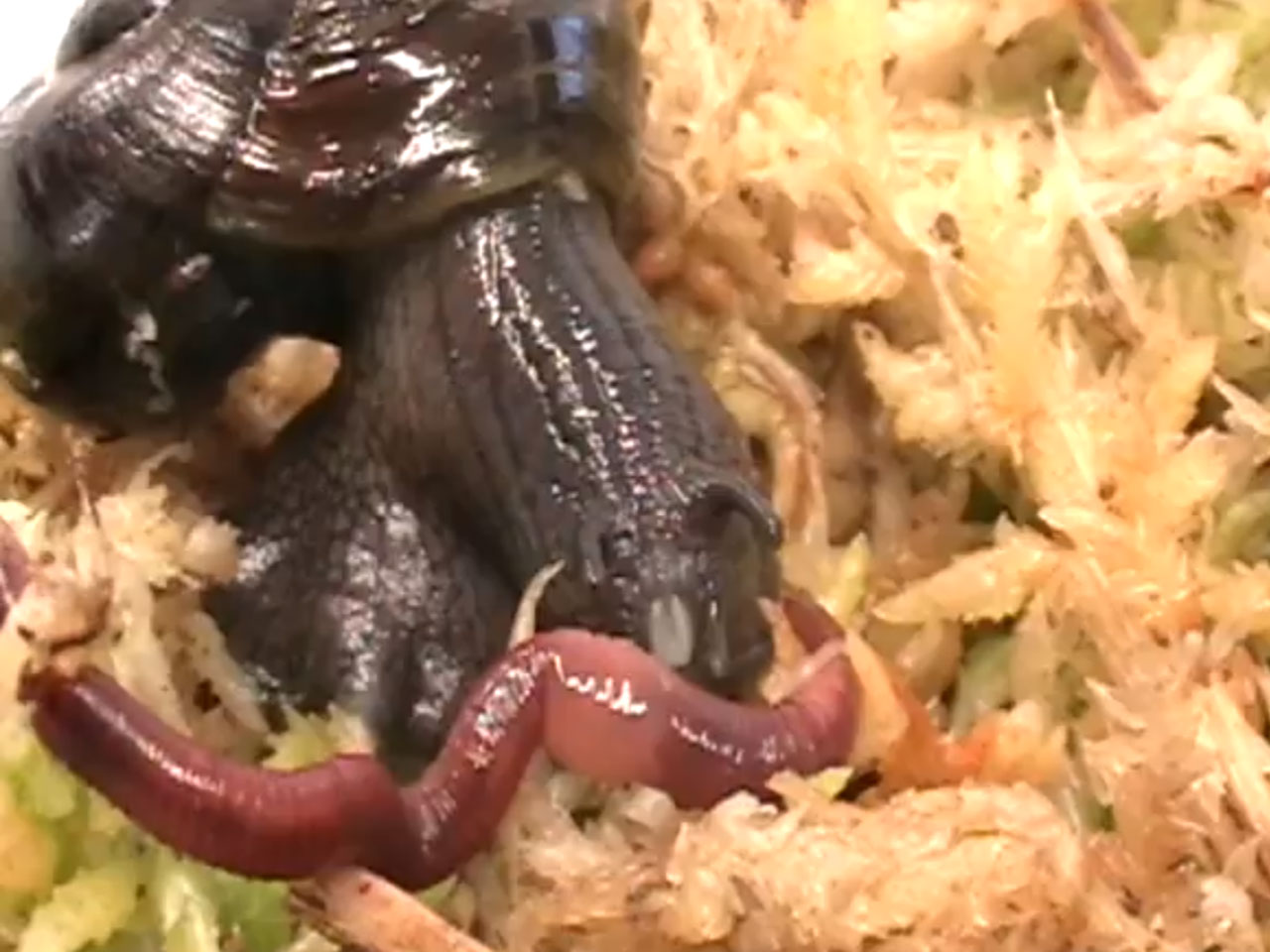 (CBS) - Today in "Gross!!!" We all know that, in the Animal Kingdom, survival of the fittest is the rule of the land. No holds barred. Eat or be eaten. It's true for birds and turtles, and it's true for snails and earthworms as well. Watch and behold a true battle for survival!

This post could also be called: "Who would win in a fight between a snail and a worm?"

Gross, right? Not to spoil it if you haven't watched the video yet, but WHAT THE HECK IS THAT THING IN THE SNAILS MOUTH? I'm not gastropodologist, but I can say with confidence that that... appendage is pretty weird.

Then again, "pretty weird" applies to almost everything we post about the Animal Kingdom.