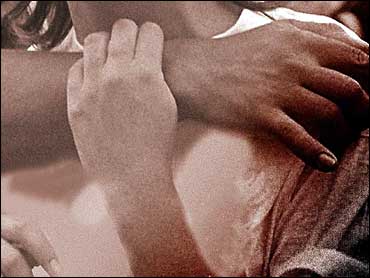 Toby Myers helped to found, worked in, and is active in organizations working to end domestic violence. She was one of the original organizers of the Texas Council on Family Violence, where she was first called the "mother of the Texas Battered Women's Movement." She is also a founding board member of the National Center on Domestic and Sexual Violence.

The life of a battered woman is one of inconsistencies. Some call her behavior counterintuitive - not what one would expect.

Why She Stays is Not Hard to Understand

She values her family. She wants to give up the violence and abuse, not the man and the marriage. Her socialization tells her to stand by her man, that marriage is not a bed of roses, that she should stick it out for better or for worse, and that she has to take the bitter with the sweet. She buys in to her being part of the problem. It is her job to make it work. She works hard at adapting and adjusting; if she does not make it work, she is a failure. She may wonder how she will make it without him. Women on their own with children have tough economic problems. He may have threatened to kill her if she leaves, or take the children, or do some other terrible thing. If she is with him, at least she knows where he is and what she has got. After a killing spree by a man in Arkansas, women left shelters and went back to husbands. If she leaves, she will have the unknown. As long as she holds out hope, she will be in there pitching to adjust, adapt, and make it better.

Leaving is a Process

What usually gets her out is the dream dies. The hope that it will get any better is gone. She does not know what else to do to make a go of it. Yet it depends on how deep she is in the quicksand if she can get away. She may have been so systematically disempowered that it is not possible.

Women who do manage to get away don't always get away on the first try. Women may repeat attempts to leave. In order not to be a victim, women need resources and information and he controls most of those. She may be a prisoner of wedlock, a hostage in her own family. As things get worse, she goes from trying to change the situation to surviving. She also minimizes and denies and blames, but in a different way. She tells herself it was not so bad, that she was at fault or that he is under stress at work. She suffers in silence and does not tell people because of the shame and because of wanting to protect him. She focuses in on his good points.

Her staying is not deviant behavior, she is simply acting as most well socialized females do who value and want to preserve their families. Also she has learned to live with this constant danger and believes she can take it. One day she may find herself at the edge of the precipice or she has run out of tether. It is either him or her. By then she is on automatic pilot at that time thinking only of how it is she can survive. A woman is not under obligation to rearrange her whole life to avoid a situation. She does not waive her legal rights because she stays.

One of the myths promulgated is women stay because they like it. I have probably seen as many battered women as anyone in Texas, and have yet to see one who liked it. At most, some accept and tolerate abuse. Most of us assume that leaving is a normal reasonable response and that leaving will end the violence when it is the most dangerous time of all.

When a woman leaves, she is more likely to get killed.

Houston Chronicle: May 10, 2010:
Months Before Man In SWAT Standoff Was Charged With Killing His Wife, She Talked Of Her Fear

She goes on functioning despite difficult circumstances, keeping a household running, nurturing and protecting children, suffering pain and injuries, driving carpools, making sure children have birthday parties, and frequently working outside the home. Though she appears puzzlingly passive, in reality she exhibits quiet strength. In truth, many do get away, just not as soon as public thinks they should.

Why Does She Stay?

There are many reasons. Read more from Susan G.S. McGee: 20 Reasons Why She Stays: A Guide for Those Who Want to Help Battered Women.

"48 Hours": What happened to Gabby Petito?