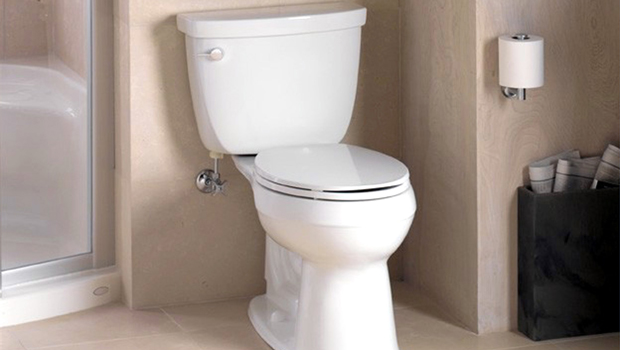 A Chicago-based company is under fire after enforcing a policy that limits employees' bathroom use during work hours to just six minutes each day. Responding to a complaint filed by union members, a spokesperson for WaterSaver Faucet Company said employees were taking too many lengthy trips to the toilet, and as a result bringing down productivity.

To remedy this potty problem, the company, which produces sink hardware for science laboratories, installed a keycard device at restrooms. The system tracks how much time each worker spends "making water" rather than producing faucets. They also created an incentive program that rewards employees who get through the day without using the restroom during work hours.

In addition to its impact on employee morale, could this policy harm the health of the workers? The average person urinates at least 8 times each day; how bad is "holding it in"?

Dr. Benjamin Brucker, assistant professor of urology at NYU Langone Medical Center, told CBS News the company policy is relatively unrealistic given some basic health statistics that have emerged from the Centers for Disease Control and Prevention and through other research. The CDC reports that at least 50 percent of Americans over the age of 65 have had issues with urinary or fecal incontinence. Additionally, an estimated 33 million Americans are diagnosed with overactive bladder, which makes a person feel they need go urgently.

"People have issues with urination and defection," said Brucker. "It's likely that for any company that employs Americans, they are going to have bathroom needs."

A number of other digestive and urinary health condition, such as Crohn's disease, inflammatory bowel disease, ulcerative colitis, stress incontinence, urgency incontinence and painful bladder syndrome all tend to make bathroom trips more frequent than average. Brucker added that patients who are at risk for kidney stones are typically instructed to drink three liters of water each day, which would make anyone need to head to the washroom much more often. Certain mobility issues and neurological diseases, such as multiple sclerosis, could also make bathroom trips much more involved, longer and more frequent.

Besides causing discomfort, ignoring the urgency to go can lead to urine stagnation as well as urinary tract infections, especially for women. The bladder can become a breeding ground for bacteria.

Additionally, if you're able to get through the day without urinating, that means you're most likely not drinking enough water, which results in dehydration, a bodily state that's hardly beneficial to a work productivity.

There have even been a handful of studies that show that holding urine for long periods could possibly stretch the bladder, said Brucker. One study looked at bladder capacity of Taiwanese nurses who turned out to have larger bladders than a non-nurse control group because they had little time to use the bathroom when caring for patients. "Theoretically is it possible that the bladder could get larger if you don't allow them to use the bathroom," said Brucker.