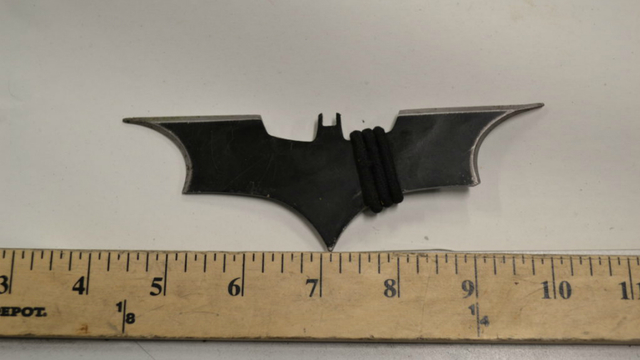 SEATTLE -- Officials in Seattle say a man was arrested after threatening a bouncer with a homemade spear and then throwing "sharp, black Batman-style throwing star" at pursuing officers, reports CBS affiliate KIRO.

Police had been called to a bar in the city's Capitol Hill neighborhood after the 23-year-old man allegedly swung an improvised spear -- a knife attached to a metal pole -- at a bar employee.

When officers arrived, the man allegedly threw the "Batarang" star at them, striking a police SUV hard enough that it became lodged in the vehicle.

After a pursuit, officers took the man into custody and charged him with felony assault.