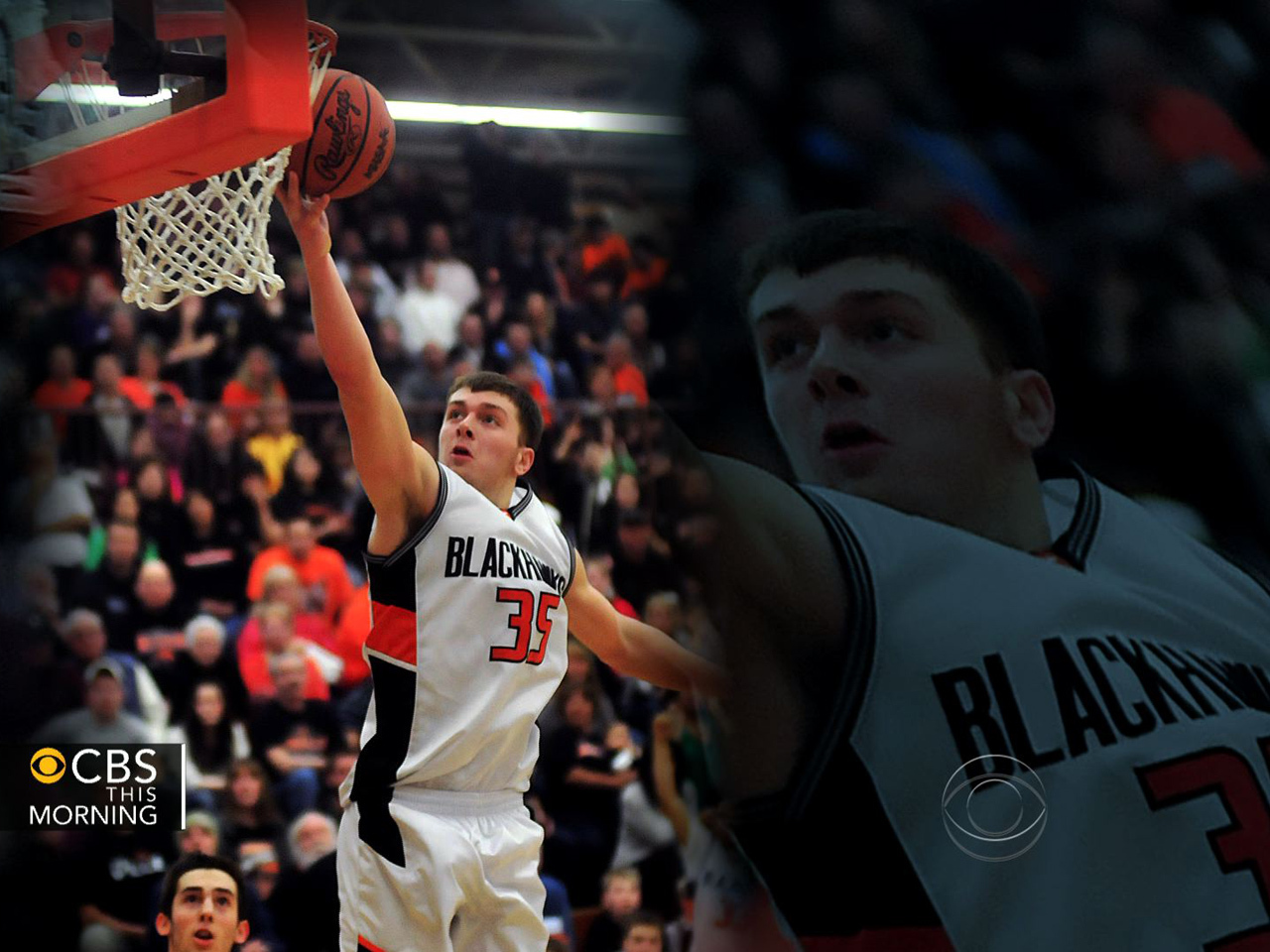 (CBS News) On March 3, 2011, with the game in overtime and the Fennville, Mich., Blackhawks just one win away from a perfect season, 16-year-old Wes Leonard hit the game-winning shot on the basketball court.

The team hoisted him on their shoulders. Then, moments later, Leonard collapsed on the court.

In the chaotic moments that followed, his mother, Jocelyn, yelled for a defibrillator. When it was finally found, the batteries had expired.

Leonard was rushed to a nearby hospital, where he was pronounced dead of cardiac arrest.

Last spring, Jocelyn Leonard created the Wes Leonard Heart Team, which hopes to get working automated external defibrillators - or AEDs - in every school.

"Michigan has them for the government, in their offices and you have to have them in casinos, but no schools," she said. "So, if something happens you have to wait for the ambulance, and for every minute, it's a 10 percent less chance of restarting that heart. Our ambulance didn't come for at least 10 minutes."

AEDs require no medical training and can shock a heart back into rhythm, dramatically increasing chances of survival. To date, the Wes Leonard Heart Team has placed AEDs in 25 Michigan schools.

"We want to make sure that other kids that this doesn't happen to them and I think that's what he would want me to do because he wasn't a quitter, and he'd say, 'Mom, go make this right.'"

(To watch Erica Hill's full report on what Jocelyn Leonard is doing to keep her son's legacy alive , watch the video in the player above.)

Thomas Lake, senior writer for Sports Illustrated joined the "CBS This Morning" co-hosts to discuss his article about Wes Leonard.

Lake's reporting helped the Leonard family learn that Wes' death was caused by a heart condition, not a virus - as they had previously thought.

"It was a rare genetic condition that causes heart to go from all to nothing like a collapsing bridge," Lake said. "Which is why he was able to play so well all season. And then, it ended so quickly. "

To watch the interview with Thomas Lake, watch the video in the player below.