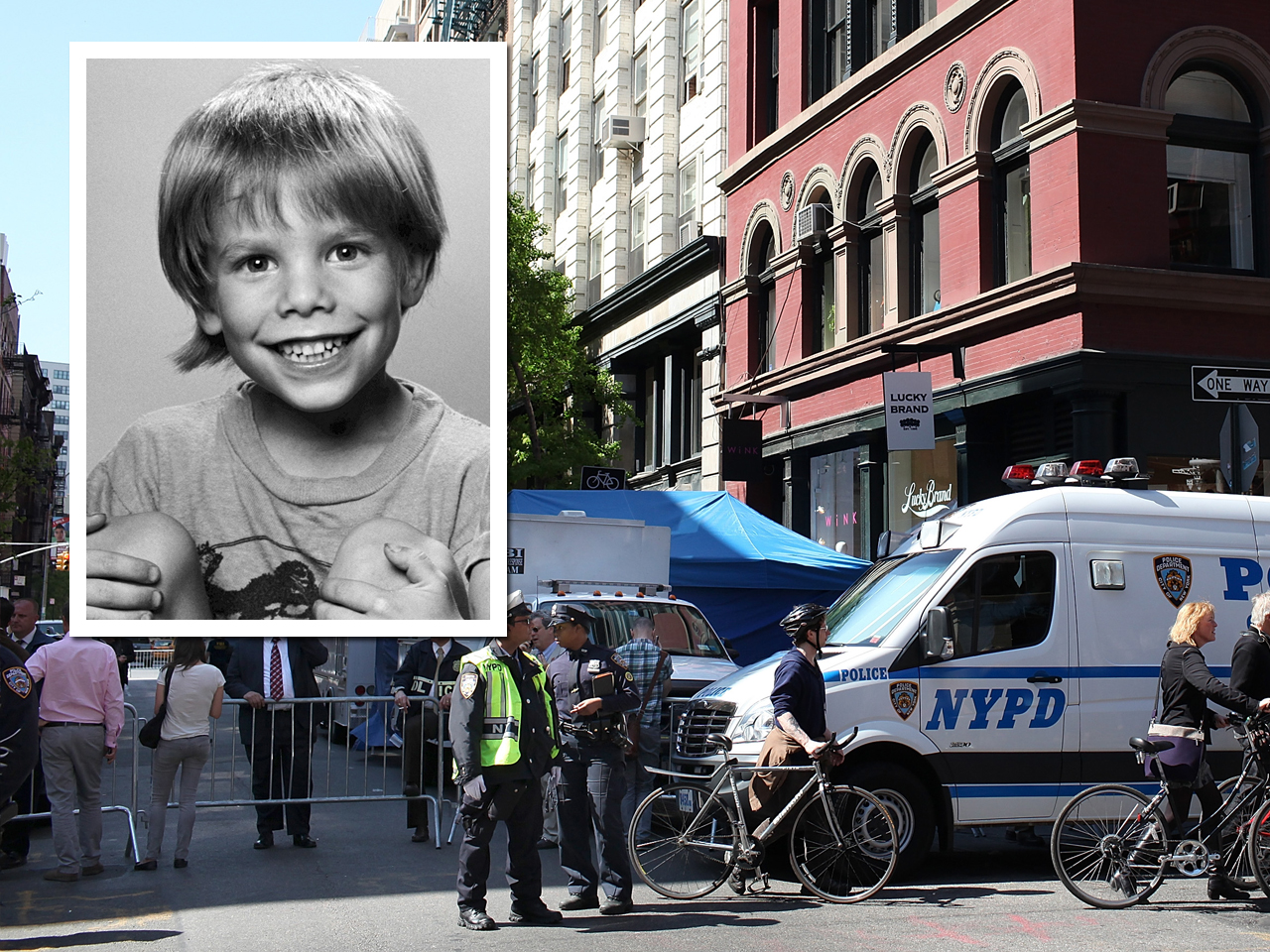 (CBS/AP) NEW YORK - Investigators carried rubble from a basement excavation site in lower Manhattan on Friday while searching for clues in the 1979 disappearance of a 6-year-old boy.

Utility workers with jackhammers and saws helped chip away an area around aging pipes, then law enforcers wearing workmen's gloves carried out the basketball-size chunks of rubble and carefully placed them in refuse bins. The material will be sifted and then taken elsewhere for testing.

Etan Patz vanished in 1979 after leaving his family's SoHo home for a short walk to his school bus stop. He became America's missing child, the little boy who went off to school alone and vanished.

FBI and police had arrived Thursday at the building near his home. The renewed investigation recalls the years when printed images of missing children appeared on milk cartons.

Authorities are cautiously optimistic the search will succeed. Sources tell CBS News cadaver dogs had indicated the presence of human remains during a search there several days ago.

Etan's disappearance on May 25, 1979, drew national attention to child safety, ushered in a generation of parents who became afraid to send their kids out alone and helped fuel a movement to publicize missing children's cases. President Ronald Reagan declared the day of the boy's disappearance National Missing Children's Day.

"The story really resonated and touched millions of moms and dads," said Ernie Allen, the president of the National Center for Exploited and Missing Children, which helped push the national milk carton campaign with Etan's image.

Etan vanished after leaving his family's SoHo apartment for a short walk to catch a school bus. It was the first time his parents had let him go off to school alone.

"It was a case of enormous attention," said police spokesman Paul Browne on Thursday. "It was something we hadn't seen since the Lindbergh kidnapping" — referring to the 1932 abduction of aviator Charles Lindbergh's 20-month-old baby boy.

The day before Etan vanished, he came home with a dollar from Othniel Miller, now 76, a neighborhood handyman who used to pay Etan when he helped with small chores. Miller had a workshop in the basement now being searched. Just after Etan disappeared, a new concrete floor was put down.

"The FBI's been here to investigate the case," says Stephanie Miller, Othniel's daughter. "He cooperated with them, went to the site, and he doesn't have anything to do with it."

Browne said a forensic team planned to dig up the concrete floor of the Manhattan basement and remove drywall partitions in an attempt to find blood, clothing or human remains in the building, just down the street from Etan's home. The work was expected to take up to five days.

FBI spokesman Tim Flannelly said it was "one lead of many."

"We're out here 33 years after his disappearance, and we're not going to stop," he said.

Etan's parents, Stanley and Julie Patz, became outspoken advocates for missing children. For years, they refused to change their phone number, in the hope that Etan was alive somewhere, and might call. They never moved, although they obtained a court order in 2001 declaring the boy dead.

"We have his belongings all over the house," Julie Patz said. "To put them away, it seems to, to us and to our children that he's gone and he's not coming back."

Stanley Patz didn't respond to phone calls and email messages Thursday. A man who answered the buzzer at the family's apartment said they wouldn't be speaking to the media.

No one has ever been prosecuted for Etan's disappearance, but Stanley Patz sued an incarcerated drifter and admitted child-molester, Jose Ramos, who had been dating Etan's baby sitter around the time he disappeared.

Ramos, who is not the carpenter whose workspace was being searched, denied killing the child, but in 2004 a Manhattan civil judge ruled him to be responsible for the death, largely due to his refusal to contest the case.

Ramos is scheduled to be released from prison in Pennsylvania in November, when he finishes serving most of a 20-year-sentence for abusing an 8-year-old boy.

His pending freedom is one of the factors that has given new urgency to the case.

Investigators have looked at a long list of possible suspects over the years, and have excavated in other places before without success.

The 13-foot by 62-foot basement space being searched Thursday sits beneath several clothing boutiques. Investigators began by removing drywall partitions so they could get to brick walls that were exposed back in 1979 when the boy disappeared, Browne said.

Browne said the excavation is part of a review of the case, which was reopened by the Manhattan district attorney two years ago.

"This was a shocking case at the time and it hasn't been resolved," Browne said.

The law enforcement activity forced the temporary closure of some businesses on the block, including the fashion boutique Wink, on the ground floor of the excavated building.

"It's insignificant," owner Stephen Werther said of the lost business. "It's retail. There's always another day for us to make a living. This may be the family's last chance to find out what happened to their son."