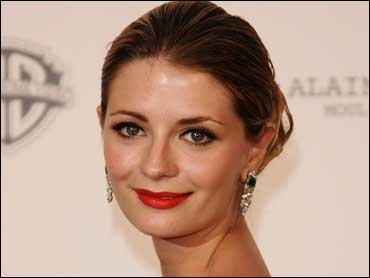 Following a two-hour hospital stay over the weekend, actress Mischa Barton left Tuesday for an undisclosed overseas location to begin work on a new movie.

The former "O.C." star was hospitalized over the Memorial Day weekend after an antibiotic she was taking interacted badly with alcohol, according to her rep.

"She is fine now," said a statement from her publicist, Leslie Sloane Zelnik.

Barton, 21, starred as Marissa Cooper on the FOX teen drama from 2003-2006. Her screen credits include "The Sixth Sense," "Notting Hill" and the upcoming "Virgin Territory."

The actress made an appearance at the Cannes Film Festival last week.