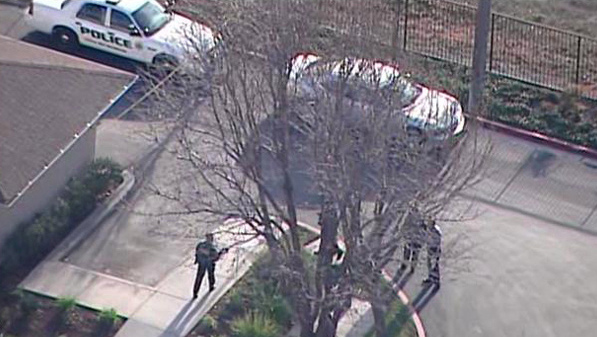 The shooting occurred in Dublin, a suburb in the East Bay region of Alameda County.  It was the first on-duty fatality in the department's 40-year history, BART police said.

Alameda County Sheriff's Department spokesman Sgt. J.D. Nelson confirmed that the victim was shot by a colleague and that it was accidental. Nelson did not disclose the circumstances surrounding the shooting. The officers' names were not immediately released.

"BART has been informed that one of our officers has died from wounds sustained during a shooting earlier today. The entire BART organization is deeply saddened by this tragic event and we ask the public to keep the officer's family in its thoughts and prayers," BART Police Chief Kenton Rainey and General Manager Grace Crunican said in a statement.

Nelson told KCBS it’s not unusual for BART police to carry out probation searches and that it’s part of their job.

"It obviously has something to do with a crime that occurred in the BART system and they were just following up on it," he said.

Nelson said there may have been more than two officers at the incident.

“City of Dublin has a contract with the sheriff’s office,” Nelson said, adding that it is normal protocol for them to have an officer at the scene with the BART officers.