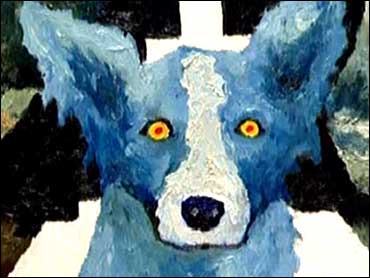 At first glance, Rep. Bart Gordon would seem like the last Democrat to represent the fears of nervous Blue Dogs. He's been in his seat - Al Gore's old House seat in Tennessee - since 1984. He ran unopposed in 2008, and faced no significant opposition in 2006, 2004, or 2002.

But that pattern appears to have been disrupted with Washington now controlled by President Obama and House Speaker Pelosi. Gordon is on the House Energy and Commerce Committee, a key battleground in shaping health-care-reform legislation. Gordon voted "yes" on an amendment (offered by Democrat Bart Stupak and Republican Joe Pitts) declaring that no funds allocated under the bill could be used to pay for health plans that covered abortion, except when a woman's life was in danger or her pregnancy had resulted from rape or incest. Apparently committee chairman Henry Waxman expected the amendment to fail, but when he realized it would narrowly pass, he voted yes himself. Under committee rules, Waxman's "yes" vote gave him the ability to bring the amendment up for a second vote, and he set out to twist arms among the panel's Democrats.

Waxman got hold of Gordon, the two of them flipped their votes from "yes" to "no," and the panel rejected the amendment it had passed a short while earlier. Gordon explained that his first "yes" was a result of misreading the amendment.

That was the first mistake. Then, Gordon was one of four Blue Dog Democrats who struck a deal with Waxman to pass the bill out of committee late in the week. For Waxman, Pelosi, and fans of Obamacare, it was a vital sign of progress; for Gordon, it was a political risk after declaring that he couldn't support the bill. During Gordon's earlier skepticism, Keith Olbermann had targeted the congressman personally: "Congressman Bart Gordon of Tennessee: Congressman, undecided on the public option? At $1,173,000 from the health sector I am surprised. You should have already said 'no,' and loudly. The only thing you should be undecided about is whether or not you are a Democrat."

"I've never seen him make two mistakes in a cycle, much less two mistakes in a week," observes a veteran Tennessee Republican political strategist who's been watching the district closely. "He's not just going to have a flip-flop issue, but he's also going to have an abortion issue." His back-and-forth on the Stupak amendment greatly raised his profile in the pro-life community, and not in a good way.

It's hard to overstate how incongruous Gordon seems compared to other lawmakers in his neck of the woods. His district's state senators and state representatives have gone from nearly all Democrats to nearly all Republicans in the past 20 years; the change represents the heart of the Republican state-legislative takeover, particularly in the last decade. Gordon survived the Republican tsunami of 1994 because his challenger, then-lawyer Steve Gill, was underfunded in a year with two Senate races and a governor's race - even with that against him, Gill came within 2 percentage points. After that, Gordon voted a much more conservative line, including for much of the Contract with America. Al Gore's presence on the national ticket helped Gordon in 1992, 1996, and 2000.

"This is a district that really wants to vote Republican; they already vote Republican for everything else," said the Tennessee strategist. "This isn't like a senator who can vote liberal for four years and then veer right in the last two years. I don't see how Gordon can hide from these things when people are already talking about them."

In April, a Tea Party descended on his district office in Murfreesboro, with chants of "Bye Bye Bart." His vote to pass the House version of cap-and-trade legislation brought another round of protests. Gordon voted for cap-and-trade, while fellow Tennessee Blue Dogs Lincoln Davis and John Tanner voted against it.

In the past, Gordon has "won the race on filing day," as the strategist puts it, amassing enough popularity and resources to deter top-tier, well-funded challengers. But now Republicans are looking hard at various options for challengers; Army Reservist Maj. Gen. Dave Evans is already in the race, touting the support of former Tennessee senator Fred Thompson.

"A Republican with resources will make Gordon spend a lot of time talking about issues he doesn't want to talk about, and there's been a lot more interest in this race in the past two weeks," concludes the Tennessee strategist. "All you have to do to get on the ballot is get 25 signatures."

By Jim Geraghty
Reprinted with permission from National Review Online