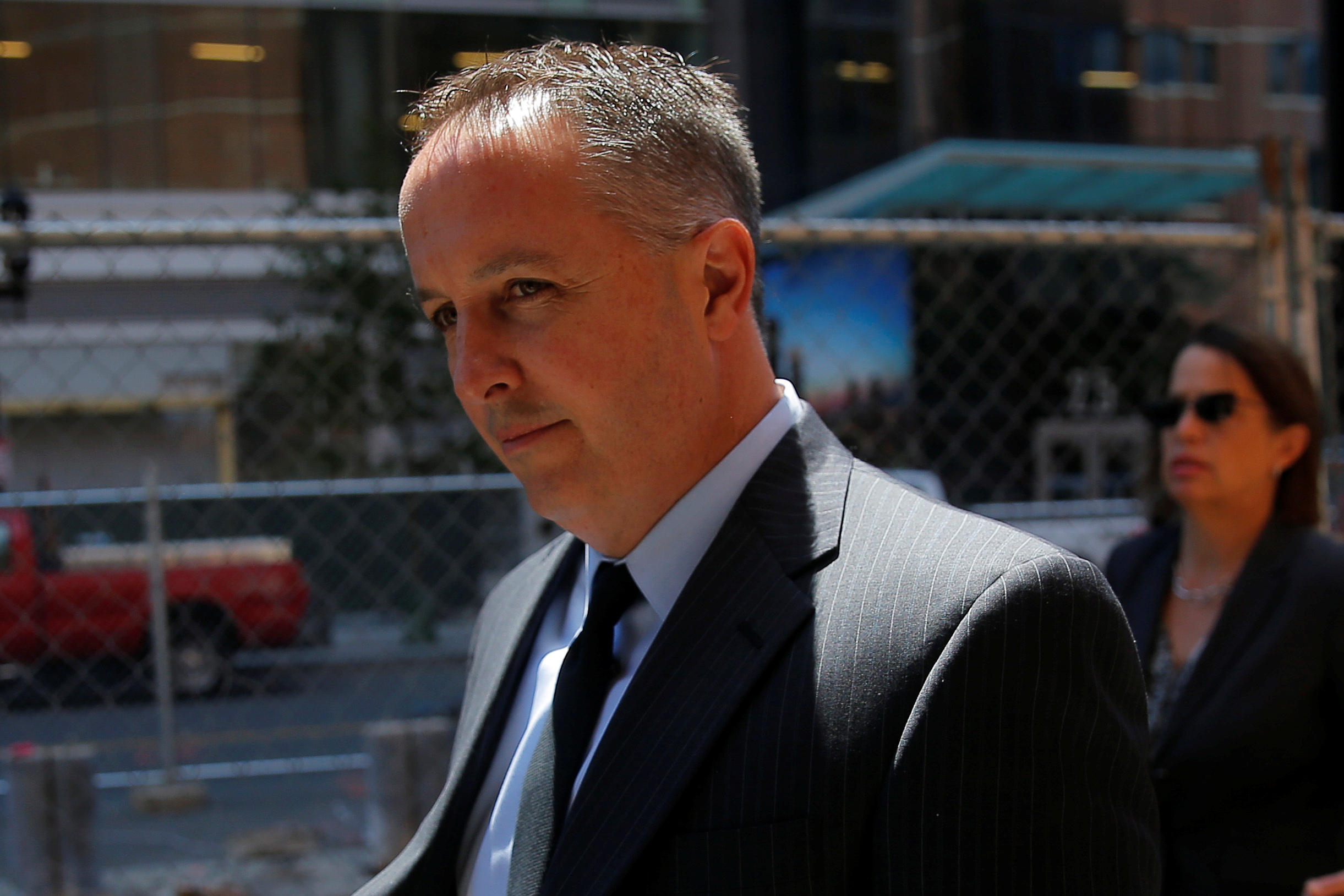 BOSTON -- The co-owner of a pharmacy deemed responsible for the deaths of 76 people in a national meningitis outbreak tearfully apologized to the victims at his sentencing on Monday and was given a sentence of nine years in prison, far less than the victims had wanted.

A dozen victims who were sickened or lost loved ones asked a judge to give Cadden the harshest penalty allowed under the law for the deadly 2012 nationwide fungal meningitis outbreak, which sickened hundreds of people.

Cadden was acquitted of second-degree murder charges under federal racketeering law but was convicted on conspiracy and fraud charges. The outbreak was traced to contaminated injections of medical steroids made by the New England Compounding Center in Framingham.

Prosecutors say Cadden, 50, ran the center in a dangerous way by skirting industry regulations on sterility in an effort to push production and make more money. Assistant U.S. Attorney Amanda Strachan said the center was "a massive reckless and fraudulent organization."

At Cadden's sentencing Monday, victims told stories of shattered lives and unbearable loss caused by the tainted steroids made by Cadden's company.

"Who gave him the right to play God?" the Michigan woman said.

She said her husband, Lyn, received the shot to try to get relief from his back pain. He died in 2012.

Anita Baxter, whose mother died after receiving a tainted injection, said she hoped Cadden would be found guilty of at least one murder charge.

"I really wanted him to be found guilty of the murder of at least one of the victims even if it wasn't my mom. I'd hoped he'd have at least one conviction for the murders," Baxter said.

Prosecutors asked the judge to sentence Cadden to 35 years in prison. Cadden's lawyer said he should receive 2.5 to 3 years.

The outbreak of fungal meningitis and other infections in 20 states was traced by the Centers for Disease Control and Prevention to contaminated injections of medical steroids, given mostly to people with back pain.

The CDC put the death toll at 64 as of October 2013. Federal prosecutors say 12 more people have died since then, raising the total to 76. More than 700 people were sickened. Indiana, Michigan and Tennessee were hit hardest.

The scandal prompted increased scrutiny on compounding pharmacies, which differ from ordinary drugstores in that they custom-mix medications and supply them directly to hospitals and doctors. In 2013, in reaction to the outbreak, Congress increased federal oversight of such pharmacies.

Federal prosecutor Amanda Strachan told the jury during the two-month trial that the deaths and illnesses happened because Cadden "decided to put profits before patients."

NECC used expired ingredients and falsified logs to make it look as if the so-called clean rooms had been disinfected, prosecutors said. After the outbreak, regulators found multiple potential sources of contamination, including standing water and mold and bacteria in the air and on workers' gloved fingertips.

Cadden's lawyer, Bruce Singal, told the jury Cadden was not responsible for the deaths and pointed the finger at Glenn Chin, a supervisory pharmacist who ran the clean rooms where drugs were made. Chin has pleaded not guilty and is scheduled to go on trial in September.

NECC filed for bankruptcy after getting hit with hundreds of lawsuits. NECC and several related companies reached a $200 million settlement with victims and their families.