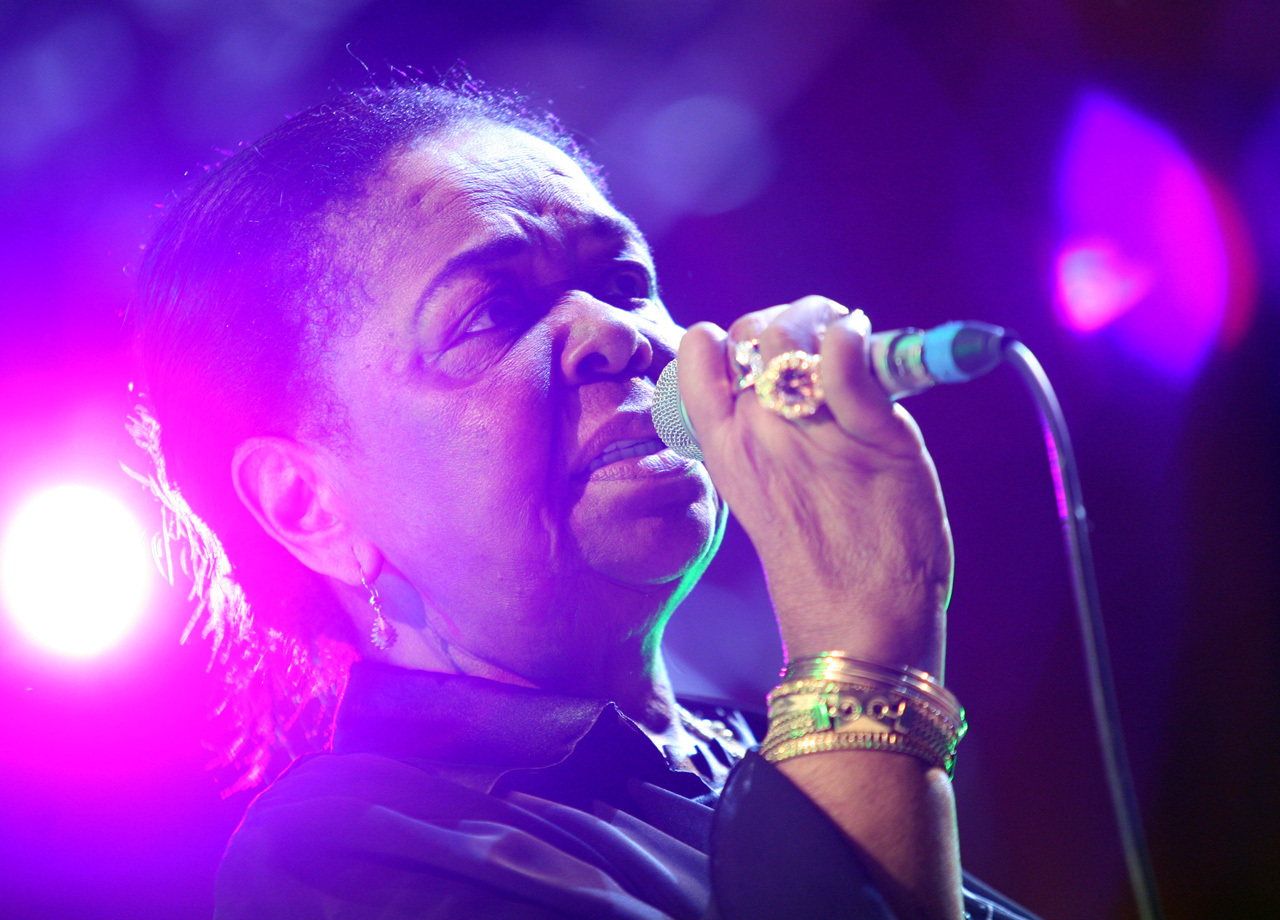 LISBON, Portugal - Cesaria Evora, who started singing as a teenager in the bayside bars of Cape Verde in the 1950s and won a Grammy in 2003 after she took her African islands music to stages across the world, died Saturday. She was 70.

Evora, known as the "Barefoot Diva" because she always performed without shoes, died in the Baptista de Sousa Hospital in Mindelo, on her native island of Sao Vicente in Cape Verde, her label Lusafrica said in a statement on its website. It gave no further details.

Evora retired in September because of health problems. In recent years she had had several operations, including open-heart surgery last year.

She sang the traditional music of the Cape Verde Islands off West Africa, a former Portuguese colony. She mostly sang in the version of Creole spoken there, but even audiences who couldn't understand the lyrics were moved by her stirring renditions, her unpretentious manner and the music's infectious beat.

Her singing style brought comparisons to American jazz singer Billie Holiday. "She belongs to the aristocracy of bar singers," French newspaper Le Monde said in 1991, adding that Evora had "a voice to melt the soul."

Click on the video player below to watch Evora perform on French television in 2010.

Her 1995 album "Cesaria" was released in more than a dozen countries and brought her first Grammy nomination, leading to a tour of major concert halls around the world and album sales in the millions.

She won a Grammy in the World Music category of the 2003 awards for her album "Voz D'Amor".

Evora, known to her close friends as Cize (pronounced see-ZEH), was the best-known performer of "morna," Cape Verde's national music. It is a complex, soulful sound, mixing an array of influences arising from the African and seafaring traditions of the 10 volcanic islands.

Evora was born Aug. 27, 1941, and grew up in Mindelo, a port city of 47,000 people on the island of Sao Vicente, where sailors from Europe, America, Africa and Asia mingled in what was a lively cosmopolitan town with a fabled nightlife.

The local musical style borrowed from those cultures, defying attempts to classify it.

"Our music is a lot of things," Evora told The Associated Press in a 2000 interview at her home. "Some say it's like the blues, or jazz. Others says it's like Brazilian or African music, but no one really knows. Not even the old ones."

Evora was 7 years old when her father died, leaving a widow and seven children. At 10, with her mother unable to make ends meet, she was placed in an orphanage.

At 16, when Evora was doing piecework as a seamstress, a friend persuaded her to sing in one of the many sailors' taverns in her town. As her popularity grew, she was also rowed out into the bay to sing on anchored ships.

She received no pay — just free drinks. She used to smile when she recalled her fame as a heavy cognac drinker. And she sadly recalled the exact day — Dec. 15, 1994 — she had to give up drinking for her health's sake.

Evora didn't think much of her international stardom and she went back to Mindelo whenever she could. She rebuilt her childhood home, turning it into a 10-bedroom house where friends and family often stayed over, and she always made sure she was home for Christmas.

A heavy smoker for decades, Evora was diagnosed with heart problems in 2005. She suffered strokes in 2008 and in September 2011, when she announced she was retiring.

She had a son and a daughter by different men but never married. Family details were not immediately available.