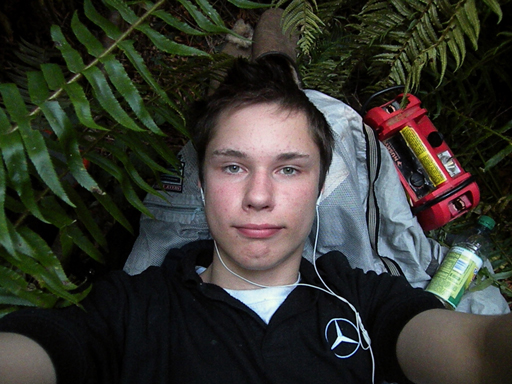 NEW YORK (CBS) After eluding authorities for more than two years, the final moments of freedom for Colton Harris Moore unfolded just like a movie.

After crashing the fifth plane he had reportedly stolen into the waters off the Bahamas, the so-called Barefoot Bandit was spotted running along a dock on Harbour Island just across the bay from the Bahamian island of Eleuthera in the early morning hours of July 11.

It was after midnight, and Kenny Strachan, security guard at the Ramora Bay Resort, recognized Colton, called the local cops and alerted everyone at the marina.

But all was quiet for the next two hours until Ben Johnson, a boat captain, and others heard a boat's engines start up. The twin-engine boat pulled away from the dock; everyone figured it was the Barefoot Bandit making his escape. It was now close to 3 a.m.

The police, who had no boat, asked Jordan Sackett, son of a yacht owner, if they could use his father's boat, the Picasso. Sackett in turn asked his parents, Richard and Joyce, and they gave their okay. Sackett, friend Pat Young and Captain Ronald Billiot told the cops to get in and they chased after Colton.

Soon enough, police say spotted Colton, his boat stuck on a sandbar. Seeing the boat approaching him, Colton allegedly put his Walther PPK gun to his head and told everyone not to come any closer, or he would kill himself.

But Jordon noticed that Colton was trying to get into deeper water. If he succeeded, he'd escape because he had a faster boat. The friends suggested to the police that they shoot out the engines in Colton's boat. They did, and Colton reportedly put up his hands saying "Don't shoot, I can't hear."

The police approached, and as they did, Colton threw his gun, his computer and his backpack overboard. They were recovered the next day and "48 Hours" was given an exclusive look inside.

Turns out, Colton had a sentimental streak. He carried with him sketches of planes he'd made for an imaginary airline called Phoenix Aerospace as well as two photographs from his fifth-grade class and a Boy Scouts of America certificate. It was a reminder that, at 19, Colton was still a kid at heart despite all he'd allegedly done.

In the aftermath of his arrest, some wondered who would collect the FBI's $10,000 reward. "48 Hours" has learned that an FBI agent informed the Sackett family, who had lent out their boat for the chase, that the reward would be split five ways among security guard Kenny Strachan, Ben Johnson, Pat Young, Jordan Sackett, and Ronald Billiot.

COMPLETE COVERAGE OF THE BAREFOOT BANDIT ON CRIMESIDER